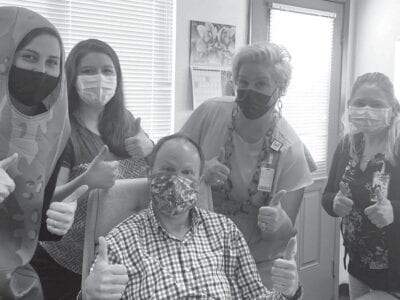 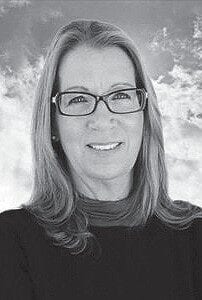 Rene ChristensonLocal realtor Rene Christenson has been given a top award by Century 21. Christenson, a realtor with Century 21 Ditton Realty, was given the Century 21 Grand Centurion Producer award following her successful 2020 sales totals. The award is present to sales affiliates of Century 21 who earn $846,000 production or 198 closed transaction sides in a calendar year. […] 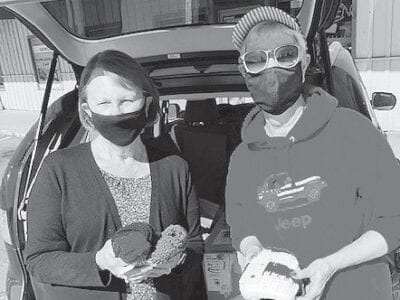 Locals reaching out to ‘heroes’ around country 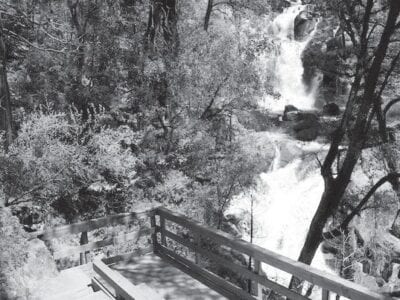 This is a photo from Corlieu Falls in the Sierra National Forest. A new reservation system is now in place for people making overnight visits to the forest. Submitted photoIn what is becoming a national trend, people who make overnight visits to the Sierra National Forest can now make the wilderness permit reservations online. The popular recreation.gov website is now […] 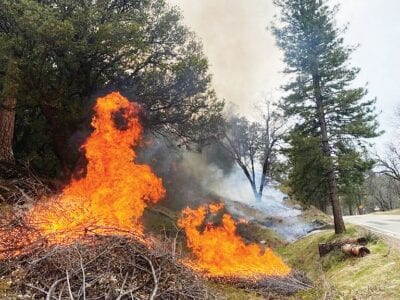 Much is accomplished by forest service during recent prescribed burn operations

A brush pile on fire is pictured during burn operation conducted by the U.S. Forest Service on March 8, along County Road 274 in Madera County on the Bass Lake Ranger District. Submitted photoSince the start of prescribed burning on both ranger districts of the Sierra National Forest last month, officials with the United States Forest Service (USFS) said “a […] 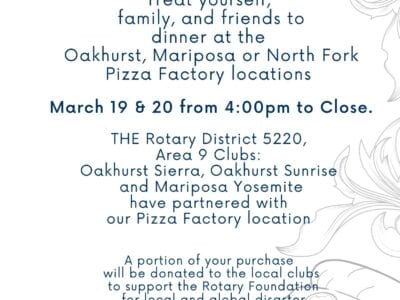 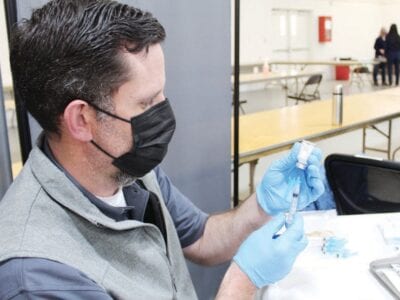 As vaccines get into arms, officials say vigilance remains the key

Rob Smith, the public health emergency preparation coordinator, prepares the doses of the Moderna vaccine for those administering the shots to get through patients in a timely manner. Photo by Christina ManuelMarch 2020 to March 2021. This month last year the world paused, people began isolating themselves in their homes to further stop the spread of the novel coronavirus strain […]

Health officials will be holding two mass vaccination clinics this week, first on March 11, with some modifications to allow walk-ins for first doses on March 12. Both clinics will be held at the fairgrounds, with the March 11 clinic by appointment only. The clinic to be held on Friday will be open to all 65 and older Mariposa County […]

After spending the last few months in the red tier, Mariposa County officially reverted back to the orange tier on Tuesday, March 9. This switch stems from lower case reports in the county, allowing more flexibility when it comes to operations under the blueprint for safer economies: • Bars and breweries can open for outdoor serving only. • Fitness centers […] 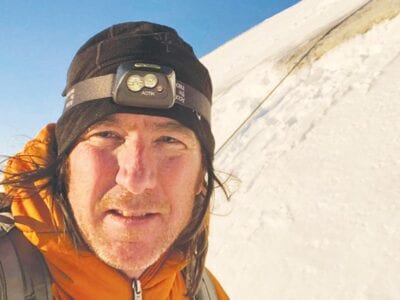 Area man says he is not a daredevil, then skis down the face of Half Dome

Jason Torlano, left, and Zach Milligan pause their ski descent of Half Dome in Yosemite National Park to take a photo. The pair became the first to ski down from the top of the iconic monolith to Mirror Lake in late February. Photo by Jason TorlanoAs a boy, Jason Torlano would gaze up at the mountains from his desk inside […]