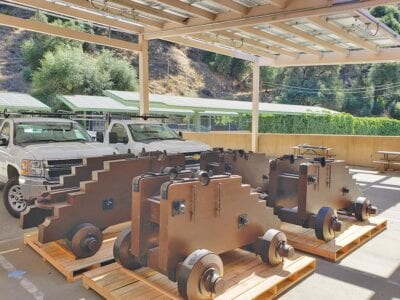 BLAST FROM THE PAST

When one ponders the wonders of Yosemite National Park, the mountainous range of light, the expansive valleys, majestic waterfalls and towering sequoia groves, they would rarely consider that a project of this nature (pun intended) and magnitude would ever exist in a place like Yosemite. Who would imagine that in a workshop staffed by Yosemite National Park employees, a few […] 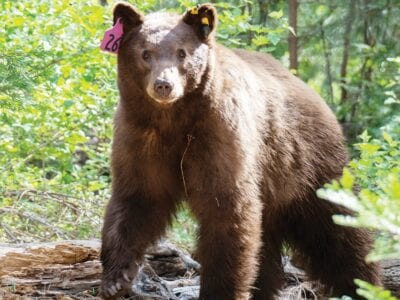 Bear incidents in park way down in 2020 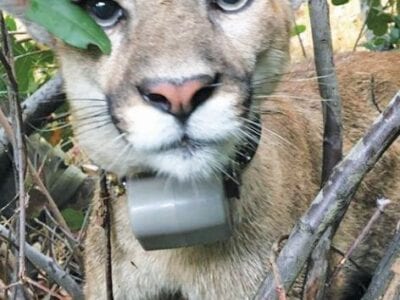 Collared lion P-75, in the Santa Monica Mountains. CDFW/NPS photo Question: I recently saw video of a young mountain lion that was captured in the Bay Area. It was released back into the wild with a tracking collar of some kind. I think it’s great that biologists are studying lions and other wildlife, but do the collars have to be […] 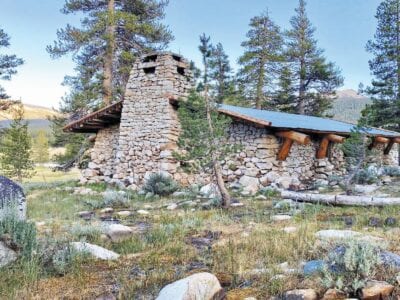 Courtesy photoEven at a distance, the Parsons Memorial Lodge continues to be a gathering place for creative ideas. Perched near the Sierra crest at an elevation of 8,600 feet, and close to where the bubbling waters of Soda Springs return to the air for the first time in millennia, people are invited to ask questions that are deep, lofty, and […] 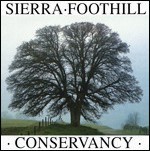 Sierra Foothill Conservancy announced this week that it has conserved its single largest acquisition to date. The 6,972-acre Hornitos Ranch is now officially part of SFC’s conservation easement portfolio, bringing total acres conserved to 41,810. As with any accomplishment, the Hornitos Ranch Conservation Easement was made possible by a strong team, according to SFC officials. SFC officials thanked its […]

In May, national forests in California enacted state-wide campfire restrictions, until further notice, to protect the health and safety of communities and firefighters. Igniting, building, maintaining or using a campfire in national forests in California remain prohibited, except for developed campgrounds and certain permitted facilities. Check with local National Forests for any additional fire restrictions in place for specific locations. […] 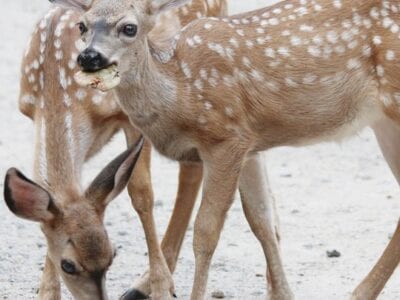 Be on the lookout for fawns while at Yosemite

Many fawns were recently born in Yosemite National Park and officials are urging people to be cautious and avoid the animals. Submitted photo Anyone visiting Yosemite National Park should be aware of young deer who are just getting their footing in life. Mule deer fawns are typically born mid-June through July in Yosemite, according to park officials. Fawns are born […]

Jail Booking Report Here are some of the highlights from the recent booking reports at the Mariposa County Jail. All suspects are considered innocent until proven guilty in a court of law. July 20 – Kurt Steven Thiner, 49, Mariposa, was arrested on two counts of driving with a suspended license after a DUI violation. July 21 – Hailey Daniele […]

• EMS – 2 • Fires – 1 • Public Assists – 0 • Auto Collisions – 4 Mariposa County Fire Department supports the county with 13 volunteer stations located throughout the county. If you are 18 years of age and possess a valid CA driver’s license, we would love to hear from you! Positions are available for fire/medical and […]

The parents of a missing Madera toddler are now in custody facing murder charges, according to the City of Madera chief of police. Two-year-old Thaddeus Sran, a child with special needs, was reported missing from a residence on the 800 block of South C Street in Madera on the morning of Wednesday, July 15, according to the police department. […]