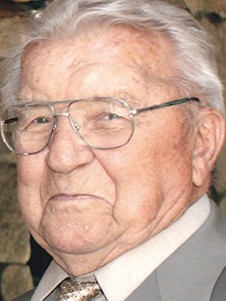 Zig “Zbigniew” Kuchta, 95, of Mariposa, passed away on May 22 after an extended illness while in hospice care.

Born on Oct. 5, 1925, in Kobrin, Poland, Zig’s childhood was interrupted by World War II and the invasion of his homeland in 1939. Shortly thereafter, he was deported with his family to a Soviet gulag camp where he spent two years of his life.

After the allies joined with the Russians in combating the Nazis, he went to serve in the British Army with distinction as an infantry radio man in the battles of North Africa and culminating in the Monte Cassino Italian campaign of 1944.

After the war ended, he traveled to England where he studied electronics in military school and after about a year later immigrated to Canada where he met Anna, his future wife who was also an immigrant from Poland.

After the birth of their first child, Diane, they decided to pursue the American dream and moved to Oakland, Calif., in 1955 and finally settled down in Hayward in 1956. Zig’s family continued to grow in the following years with the arrival of sons Ken and Ron.

Zig worked as a tool and die machinist for 45 years before retiring and pursuing his love of metal work with his own small machine shop. He was known as an excellent craftsman and made many small working engines while in his shop and was a consummate reader of books, ranging from mechanical engineering journals to early American history.

He was a man dedicated to his family and was a best friend to his wife and children. Zig had a deep passion for the natural world and loved animals, particularly his cats that were his constant companions in his later years.

Our family would like to extend its gratitude to the nurses, physicians and staff at John C. Fremont Hospice for their medical care and compassion in Zig’s final days.

A graveside memorial service will be held at St. Josephs Catholic Church in Mariposa at 2 p.m. Saturday, Nov. 20.