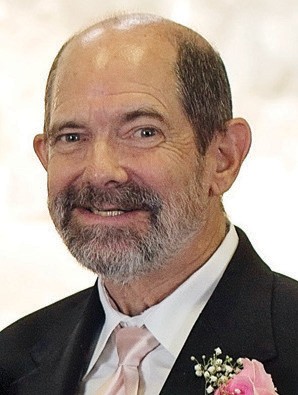 William (Bill) Ray Vanderveer passed away on Sept. 4, 2018, 40 days after being diagnosed with a rare and aggressive form of cancer.

Bill was born in Hawthorne, Calif., on March 29, 1948, to Dorothy and OG Vanderveer. He later moved to Long Beach to attend Pacific Christian College (PCC) where he met Pam. One night, while Bill was playing ping pong, Pam needed an escort to return a piano room key to a professor and Bill quickly volunteered and abandoned his in-progress game. They were married 11 months later.

He received his B.A. in ministry from PCC and continued to perform ministerial duties throughout most of his life. He also had a long career in IT, performing various jobs from systems administration to software engineer. After moving to Mariposa in 1984, he began working for Stanislaus County as a systems analyst. He retired as a network engineer from Stanislaus County in June, 2014.

He loved to camp, sing and spend time with family. He sang in the Mariposa Community Chorus for over 30 years. He enjoyed playing hearts and strategy board games with family, playing in bridge tournaments at the Senior Center and playing the occasional round of golf with his son and sons-in-law.

He also loved a good buffet and adored BBQ ribs. He loved helping others and continued to do so even after death by donating his corneas to someone in need.

He truly valued family above everything and was an amazing husband, father and grandfather. He will be greatly missed by all who knew him.

Bill’s memorial service will be on Saturday, Sept. 29, at 2 p.m. at the Mariposa United Methodist Church, 4991 6th Street, Mariposa.

In lieu of flowers, please donate to the American Cancer Society (www.cancer.org). Bill participated in their “Relay for Life” for many years.

One response to “William Vanderveer”