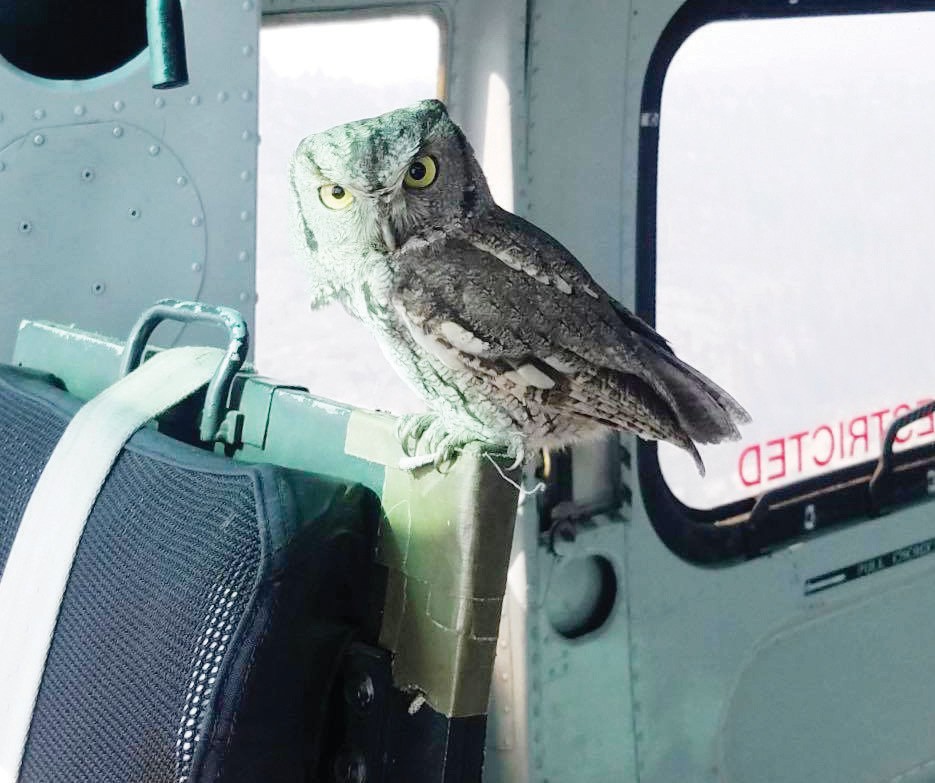 Sky Aviation pilot Dan Alpiner took this photo of an owl that flew into his aircraft while making water drops on the Creek Fire — what he called an unexplainable and magical miracle. Submitted photo

A helicopter pilot making water drops on the Creek Fire picked up an unexpected passenger recently when an owl flew into the aircraft and stuck around for a while.

“It’s odd to have an owl enter an aircraft,” said pilot Dan Alpiner of Wyoming based charter company Sky Aviation.

The company contracts with the state for fire suppression.

The highly unusual occurrence was photographed on Sunday morning, Oct. 11, above Auberry.

“It’s unheard of to have it enter while the helo is in flight,” the company wrote in a social media post that has now been shared thousands of times.

“It’s an unexplainable and magical miracle for it to stay with you for several water drops, it left just as it arrived — safe and unannounced.”

The bird reportedly flew in through a small 16-inch by 16-inch window. After about 10 minutes, the owl flew away.

Alpiner said it was a once-in-a-lifetime experience.

The owl may have said the same.