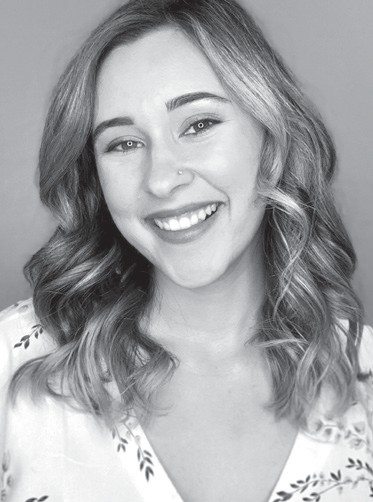 Here we are at the end of the year again.

It’s getting colder out. The sun sets hours before anyone even thinks about going to bed. I don’t know what Christmas presents to start buying. I find myself Googling pumpkin cheesecake recipes more often than not. I’ve come to find they’re basically all the same, plus or minus a few spices.

And, just to throw it in here, why is nutmeg so expensive? Almost $7 for a tiny plastic bottle that fits in my palm? That makes sense?

Anyway, in a week it’ll be Thanksgiving. A month from then it’ll just about be Christmas.

I think my holiday excitement really kicked off when I went to Sierra Cider’s Tortured Orchard a week before Halloween. Seeing their frightening characters — from a sad clown to a backward-walking person on all fours with no face — made me feel that child-like excitement inside.

Or maybe it was the few glasses of cider I had. Either way it was fun.

Last year my family on both sides canceled everything out of an abundance of caution. Even though we use Thanksgiving more so as an excuse to get together rather than celebrate its misconstrued history, we canceled it. As for Christmas, those get-togethers were held off also.

After spending last year sheltered indoors, this will be the first time in two years that I’m going to see my extended family again. All of my tias, tios, cousins galore, grandparents and even some of the four-pawed members of the family — I’ve missed them all.

It all makes me think how much has changed with everyone since we last got together. My baby cousins are no longer babies. Now a 5-year-old, one cousin has decided she wants to be a doctor. And she’s already pretty good at basic Spanish and French on top of mastering English.

Another cousin started college and is now midway through his sophomore year. Another has been traveling the world because of his job. And we lost one of my abuelos’ dogs that has been with the family longer than I’ve been alive.

Too many changes in what seems like too little of time.

Last week I was able to talk to one of my younger cousins, virtually. But he’s not a baby anymore, either. And this less-than-10 minute instance is what I’m centering my column idea around.

“Hi Christina this is Diego,” my cousin texted me from my mom’s phone. She had gone out to breakfast with Diego, his mom and my abuelos last weekend, and Diego wanted to say hi to me — his older cousin who he used to make watch as he played iPhone games so I could exclaim, “Wow! You’re good at this game!”

It shocked me he typed that sentence out. Maybe some will disagree but even a sentence as simple as “Hi Christina this is Diego,” is pretty impressive for a seven year old.

“I am 7,” he updated me. (The last time I saw him he was so proud that he could count his age on only one hand.)

I was so impressed. He didn’t know how to send a text message the last I saw him. This made me feel excited; I would be seeing my no-longer baby cousin with the rest of my family in less than a month.

Wanting to join in on their conversation and just say good morning to my abuelos at breakfast, I clicked the camera icon on my phone and there rang my Facetime call to my mom.

My mom and I’s conversation was anywhere from “I can’t hear you, it’s too loud in here,” to, “Can you hear me now?”

Now comes the part that really got to me.

My mom then faced the camera toward cute little Diego, and when he looked at who was on the screen, his face was blank; he didn’t know who I was.

Diego wouldn’t say hi until my mom prompted him to do so, letting him know the person on the screen was Christina, his cousin who he was just texting.

I got a half smile and a partial wave back, eyes still letting me know he was unsure of who this strange woman on the screen was.

I then said hi to everyone else, told my mom I’d talk to her later and hung up, deflated, to say the least.

See, I know my young cousin didn’t forget who I am. He told my mom he wanted to text me off her phone, so the idea of me is still there.

It could have been the phone signal. Maybe my picture was pixelated, I justified to myself.

I haven’t seen Diego in two years, so I can’t help but think it’s been the time that’s passed that made my image unfamiliar to him. I really don’t look different, though. Chop off my hair and maybe give me a little more sun exposure and I look pretty much the same as 2019 Christina, if not exactly.

But just not being around since 2019 gave my cousin a bit of unease about who I was, and it made me sad. We, or any of my cousins, didn’t use to hang out every day. But in a way this phone call and Diego’s disturbed expression put into perspective that I’m really missing out on their lives.

I’m trying to look at the brighter side of things, though. Moving forward I told myself that if I take anything away from this interaction, it’s that I’m looking forward to the holidays to see my family even more now thanks to Diego.

“You moved?” will be the first.

“How’s the job?” will most likely be the second.

“What’d you bring me back from Yosemite?” will be at the top of the list from one of my tios in particular. He’ll make it a running joke the whole night that receives those few, sad sarcastic chuckles as a response. I know it. And he’ll love it.

I’m ready to give it all back and ask all of the questions to update me on everyone’s lives. I’m already planning it. It’ll be like a conveyor belt operation for me — moving from table to table to talk to my different loved ones while we eat.

As I’m planning it, I already know my biggest stop will be with Diego. Maybe there will still be some uncertainty when I first see the kid again. But I know once all of our families snap back into it and he gets comfortable, it’s almost a guarantee Diego will pester me nonstop to use my phone again, and make me watch him play his games, too.

Who knows, I’m feeling nostalgic now. Maybe this time I’ll have a change of heart and won’t pretend my phone’s broken like I used to.

Christina Manuel is a staff writer for the Mariposa Gazette and can be reached at christina@mariposagazette.com.