Yosemite Park to get a Facelift starting Sept. 24 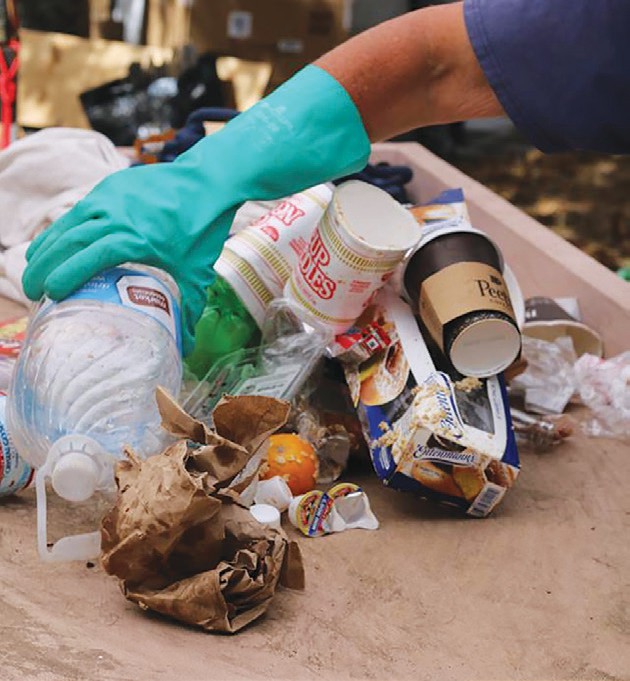 Shown is some of the garbage collected during the 2018 Facelift event. Facelift Facebook photo

For the last 16 years, volunteers have been coming out in droves every September to beautify Yosemite National Park.

That tradition will continue this year.

Yosemite National Park is partnering once again with the Yosemite Climbing Association to host the largest annual trash clean up of any national park in the United States.

It is known as the Yosemite Facelift. The event will be held Sept. 24-29 and coincides with National Public Lands Day and World Cleanup Day.

“It’s hard to believe it’s been going that long,” said Ken Yager, organizer of the event. “We’re a multi-day event. Other cleanups might have more people, but we also get a lot done because we’re doing it for five days in a row. We’ll have 600 or more people per day. It’s usually a little over 3,000 people (in total).”

Thousands of pounds of trash are removed from the park every year, a goal that remains this year. Trash is removed from roadways, trails, the river corridor and even near climbing routes.

“It seems like there is trash all over the park. People aren’t taking care of it this year, for some reason,” Yager said.

Registration will take place each day at the Yosemite Valley Visitor Center from 8 a.m. to 4 p.m. A second check-in station will be located at Tuolumne Meadows and will be available Wednesday through Saturday from 10 a.m. to 3:30 p.m.

Trash must be returned to the booths each day by the registration area’s closing time to be weighed and sorted. All volunteers must register prior to participating in the event.

“This is to take care of the park, but also to get park users to work together. It also provides a sense of ownership of our national parks,” Yager said. “We’re always told they belong to the people, but until you’re there cleaning it or investing time into it, it doesn’t feel like you have a say in it.”

Trash bags, litter grabbers and other materials are provided to volunteers.

Any participants will be eligible for daily raffles at 5 p.m., in which special prizes such as tent and camping giveaways, water bottles, lodging stays and more will be given away.

Additionally, there will be a Yosemite Volunteer Awards Ceremony at 4 p.m. on Saturday in front of the Valley Visitor Center. On Sunday at 6 p.m., a free meal will be served to anyone who volunteers throughout the week. It will be served at the auditorium in Yosemite Valley.

Yager said even those who can’t attend the event can still be stewards of the planet.

“If you can’t make it, consider doing a facelift in your area or your neck of the woods. You can facelift anywhere. There is trash all over the place,” Yager said. “Feel free to tag us on Instagram so we can showcase your efforts. We want to encourage people to clean up. Every day could be world cleanup day.”

In addition, Yager is hosting evening programs which will be held at the auditorium behind the visitor center. There will be three presenters every night throughout the week, for a total of 15 speakers.

Some of the presenters include accomplished climbers, mountaineering experts, the CEO of the United States Olypmic climbing team and National Geographic explorers.

“Most of it is about climbing,” said Yager.

Reel Rock will present a film about climbing on Saturday evening at 8 p.m.

Another aspect of the Facelift is the merchandise tied to it.

For more information and a complete schedule of events, visit the Yosemite Climbing Association website at www.yosemiteclimbing.org. There are also Facebook and Instagram pages for the event.