The magic of 2X4s and screws sits on my patioFree Access 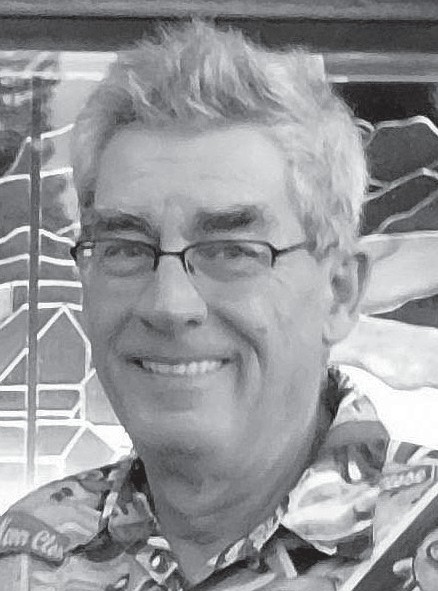 Several months ago I wrote about my foray into woodworking.

As I said back then, I was 2-1 in that effort. The large planter we built out of materials on hand was actually done quite well. And the workbench for my garage was surprisingly well done, too.

Had I found a new hobby during a pandemic? Heck, I was 2-0 so it sure seemed like I had it going on.

And then came the tabley-thing I attempted to build. It was a sad exercise and that table eventually ended up being torn up by my son so he could do some woodworking of his own. I was 2-1. He was 1-0.

Even being above .500, I was dismayed at the debacle I made of trying to make a simple coffee table. It may have worked well in the Leaning Tower of Pisa, but that’s about it. It seemed I was doomed as a woodworker.

Then, a few months later, we were sitting on our patio talking about the ancient patio table in front of us. In fact, two of the four chairs were so tattered they ripped and you couldn’t even sit in them. (I still do not believe it is the weight gain I have experienced over the past several months because of my dental-induced diet that is basically starch on top of starch.)

As the discussion continued, it was suggested that maybe we make an attempt to construct a patio table. As this suggestion was made, I slumped down even more in the broken chair, wondering what kind of a mess I could make of a large table given the outcome of the last table.

Undaunted, I decided to start looking around online to see what other people were doing. I Googled “easy DYI patio tables” and the number of things which came up amazed me. Some of them scared me to death.

I looked off and on for days, while at the same time looking at complete sets available at various stores. As I looked at the prices on those sets, I thought maybe building a table wouldn’t be a bad idea.

In my internet surfing, I came across one design that seemed like even a chimp could construct. The material list was simple: 17 2X4s and some screws. That was it. Just some boards.

I can do this, I proclaimed in my head, as I ran it by Nicole and then Price, who would be handing the construction with me, of course. (I know that is where his questionable vocabulary originated; just like mine did as I was growing up.)

Everyone agreed this might be a doable project. I insisted I would not be making chairs or an umbrella. Those are better left to the expert craftspeople in China.

So about a month ago, we headed to the local lumber yard where I purchased 17 boards and a couple of boxes of screws. Even though the price of lumber has skyrocketed over the past year, the cost was probably a fourth of what it would be to order said wooden table from the Chinese craftspeople.

I had my instructions already printed out in the workshop, better known as the garage.

As the process began, everything was actually going quite well. The cuts we were making seemed to be working and we were on a roll.

When it came time to do the top of the table, which is the trickiest part, those darned instructions called for a table of around 6 feet, 8 inches in length. As we pondered this situation, Price came up with the idea of just making it 8 feet long. It was a stroke of brilliance because it meant I would not have to cut 10 boards. Simply lay them out of the floor and screw them together. Presto, an 8-foot tabletop with even edges!

Price also came up with some design modifications, which I think make it even better. Why try to do insane angle cuts when we can simply reinforce the ends with a few boards? All we had to do was add a little heft to the bottom board to give it some strength.

And so we proceeded. Before we knew it, there was a completed table sitting in the garage. Even Nicole was impressed with the construction.

One thing I have discovered when working with a 19-year-old is that his suggestions are generally right. He said we should have stained the boards before construction. He was right, but I just wanted to get the dang thing built.

What that meant was the staining process would mean some contortion work, but it was accomplished. It took a while because the Mono winds blew through and the rains came for so long I think I saw Noah float by the garage (shop).

That meant major delays in doing all of the staining but we’d had that old table for almost a decade, so what was another couple of weeks going to hurt?

Finally, the weather broke and I began staining. I have learned you can stain when the temperatures are low, it just takes a lot longer to dry. Like days longer.

And then, on the Saturday before the Super Bowl, it was ready. With a little help, we carried that 2X4 monster over the patio and finally sat it right underneath the crafted Chinese umbrella. We then placed the Chinese crafted new chairs around this table and lo and behold, we had a new patio — for a lot less cost than if the entire thing had come from China.

Everyone has so far seemed impressed with this table and the entire “farmhouse” look we were hoping to achieve. In fact, I am even impressed that a truck bed full of 2X4s is now actually a place that can be enjoyed; maybe even a little upscale looking.

And for those who have asked, I am not taking orders to build tables. But I’ll email you the plans!

Greg Little is editor of the Mariposa Gazette and can be reached at greg@mariposagazette.com.