Blast from the past: best-selling author Jeff Pearlman takes readers back in time with USFL book, set to release this month 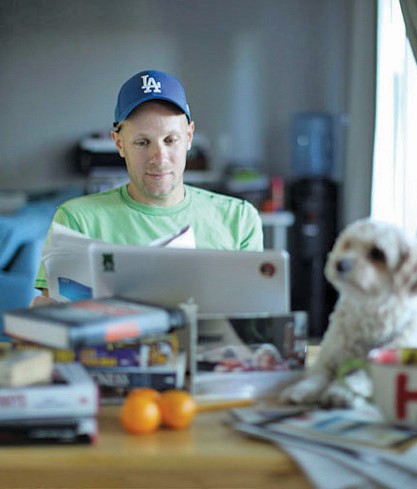 Renowned sportswriter Jeff Pearlman is shown, as is the cover of his new book “Football for a Buck: The Crazy Rise and Crazier Demise of the USFL.” Courtesy photos

Editor’s note: With football season kicking off, here is a review of one of the latest books written about the gridiron. 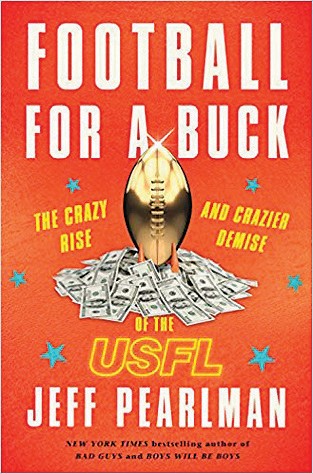 But in reality, the USFL was one of the last football leagues to truly challenge the NFL for viewership and also in quality of its product.

New York Times bestselling author Jeff Pearlman, a former writer for Sports Illustrated, takes readers down the rollicking road of the wild and crazy USFL in the latest book he has penned, “Football for a Buck: The Crazy Rise and Crazier Demise of the USFL.”

It is 384 pages of fun, highlighting some of the big names and bigger personalities of the now-defunct league.

“I grew up in the 80s, and when I was a kid, the USFL was electric,” Pearlman said. “I remember being a kid, going to the Mahopac Public Library in Mahopac, N.Y., seeing Sports Illustrated’s cover with Herschel Walker in a New Jersey Generals uniform. And then opening the magazine and seeing the helmets of all the teams … it was just this explosive, amazing new thing to me that caught my attention.”

“I never lost that wonder for it all. I always wanted to write a book on it,” Pearlman added. “I just did it.”

Pearlman estimates he completed close to 430 interviews for the book, which took months to write as part of a painstaking process.

“It’s part of the fun of it all,” Pearlman said.

The league lasted for three seasons, 1983-85. It secured multiple television deals. Attendance numbers were surprisingly strong at certain points of its existence.

Many of the players were regular joes, players who had strong college careers but weren’t talented enough to play in the NFL.

“For a lot of these guys, they were plumbers, lawyers, doctors or whatever,” Pearlman said. “This was three years where they played pro football, and it was with Steve Young, Jim Kelly,

The league also featured aforementioned superstars such as Steve Young, Jim Kelly, Herschel Walker, Reggie White, Doug Flutie and Mike Rozier. “The quality of play was really good,” Pearlman said. “The influx of talent was preposterous.” But eventually the league folded for a variety of reasons.

One of the major parts of Pearlman’s book is about President Donald Trump, who at that time was a New York businessman and an owner in the league.

Many — including Pearlman — believe Trump was the main reason for the downfall of the league.

“His whole motive for doing that was to get an NFL franchise,” Pearlman said. “He desperately wanted in.”

Trump pushed other USFL owners to move the USFL’s spring season to the fall to compete directly against the NFL. That, along with a lawsuit brought by the USFL against the NFL, eventually played a role in the league folding.

“That was the death of the USFL,” Pearlman said.

Pearlman said he believes the USFL had the potential to stick around, and possibly force a merger with the NFL.

“I think a bunch of teams would have been absorbed by the NFL,” Pearlman said. “The USFL had a really good product and really good players.”

The book also delves into 1980s drug excess to airplane brawls and player coach punch outs, backroom business deals and some of the most revolutionary football ever seen.

The book is published by Hougton Mifflin Harcourt and is available at Amazon.com and many other major online retailers.

Grizzlies lose close game to RiponSenior receiver, safety stepping up late in grid seasonVolleyball season down to the wire