Taking care of business? Survey says county is not doing its jobFree Access 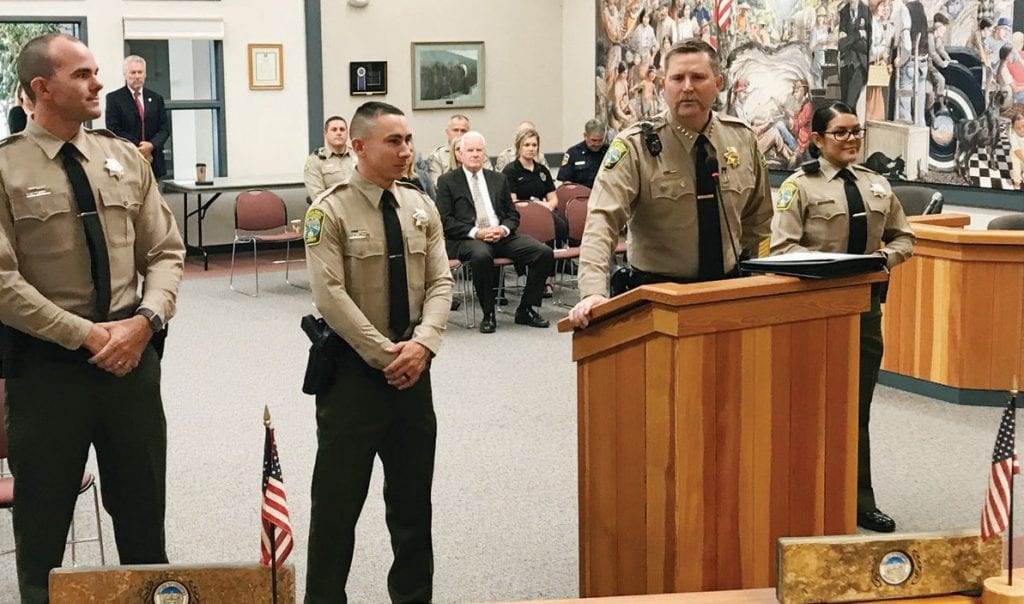 Mariposa County Sheriff Doug Binnewies (at the podium) welcomed three new deputies to the department last week. He introduced them during the weekly Mariposa County Board of Supervisors meeting. From left are Will Tucker, Caleb Collins and Amber Rodriguez. “I couldn’t be more proud of the caliber and quality of these three,” said the sheriff. Photos by Greg Little

That’s a question that might be coming to the forefront in the near future.

That survey was about how business friendly the county is — and the preliminary results are not good.

Fiester reported that 97 people responded to the survey and of those, 67 percent said they were local business owners.

One of the statements to respond to on the survey was about the county. It asked, “I feel Mariposa County government supports businesses located in Mariposa County.”

Fiester said the county scored a negative 51 percent. That number is based on a formula used by the Chamber when calculating responses.

“I would say that is very disappointing,” said board chairman Miles Menetrey.

Fiester said he is still compiling the results, including more detailed information. He plans to share that with Tara Schiff, the economic development specialist for the county. He invited all of the supervisors to join in that discussion. 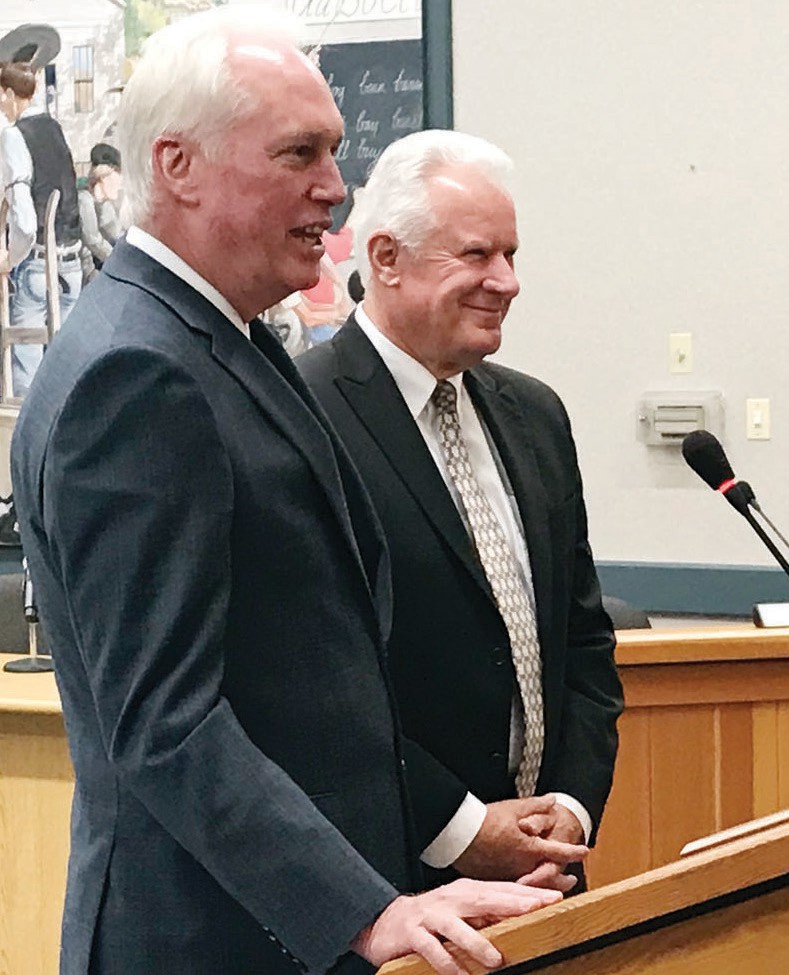 Supervisor Merlin Jones said he wanted to work closely with the Chamber to see if some of the details can be pinpointed and, in turn, see if the county can work on some of those issues.

Supervisor Kevin Cann said he, too, wanted more details about the survey.

Fiester offered the assistance of the Chamber, as well.

“We want to see how we can partner to help county government promote business in the county,” said Fiester.

If the results are any indication, there is no appetite in the public to start such a program.

Fiester reported 71 percent of those surveyed were against mandatory business licenses and 67 percent were against a voluntary program.

• Kevin Briggs was introduced as the new assistant county counsel. Mariposa County Counsel Steve Dahlem made the introduction and said Briggs is the first-ever assistant attorney for the county. Briggs served 25 years in the Fresno County Counsel’s office, the last 15 as the lead attorney.

“I look forward to working with all of you and helping meet your objectives,” said Briggs.

Dahlem, smiling, said the county now has “over 70 years experience” in the county counsel’s office.

Now, he said, officials are waiting to get chemicals balanced and for the warming of the water. He encouraged residents to check the county website for an official opening date.

Healy also reported the annual Day Camp program has 60 participants, including six youth who are undergoing lifeguard training and will be working at the pool in Mariposa.

• The board unanimously approved the Voters Choice Act, which means the county will have a mail-in voting system in place for the March primary. (See complete details in our July 4 edition.)

• Local resident Susan Taber reported on the “Plant a Row” project, which provides vegetables for those in need. Taber said she has been working with Raw Roots Farms in Catheys Valley, which has been providing vegetables to Heritage House. That group supplies hot meals to homeless people and others in need.

“He is a really confident young man and is doing this for his senior project,” said Taber. “I am so proud of him.”

To date, about 120 pounds of vegetables have been collected and distributed, totaling 137 volunteer hours.

“It’s a slow process,” said Taber, adding they will be working with farmers market officials and others to expand the program.

One response to “Taking care of business? Survey says county is not doing its job”