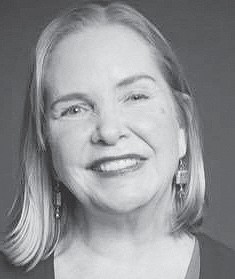 It’s been a tough month, with the isolation of Covid-19 interrupted by fire, so I put a record on and let the music ring through the house. I baked four heads of garlic to caramelized perfection, allowing the heady smell to permeate every corner of our home, then poured a glass of wine and sat down to dwell on dwelling.

I was thinking about 14 years ago this September, when we first saw our house in the foothills and soon made the decision to buy it. We had long wanted to move out of the city where condos and freeways surrounded our neighborhood of small family homes and the drive to work 12 miles away took nearly an hour in rush-hour traffic.

With family settled in Oakhurst since the 1970s, we were roughly familiar with the area — and had no idea how much we had to learn about rural living.

We’d come house hunting on the heels of a near-tragedy. My best friend had a stroke in June of that year and nearly died. She was 45 years old, married with two children. Comatose, she remained in intensive care that whole long, hot summer.

It was a desperate situation that resolved into something miraculous. “Ro” had been unable to speak, walk or even breathe on her own as a result of the damage from the stroke. After three months and countless hours of fast-tracked rehabilitation, “Ro” was able to leave the hospital and return home where her recovery continued. Residual paralysis and memory loss mattered little in comparison to a coma: the bulk of her personality, once buried under a brain bleed, returned.

But this mid-life catastrophe in 2006 left me stunned and anxious to expedite our long-held plans to move from the city to the mountains. In the face of my dear friend’s life-changing challenge, it seemed prudent to make the transition sooner, rather than later, while we still had the strength and stamina to support a mid-life migration to country living.

We contacted a realtor, loaded our kayak on the car and began to search for a new home in the foothills. Our wish-list seemed outlandish and, yet, our realtor had no trouble sending us to locations that fit the bill.

That week, we kayaked at Bass Lake and looked at homes in two counties. But there was something about this place, the one we would buy, that struck us as home. Maybe it was the sinuous, oak and pinelined drive up to the home, or the spaciousness of the sky blue sky. Maybe it was that, at night, you could see the Milky Way. Maybe it was the 10 Ambien my doctor prescribed because that whole summer of coma left me having a hard time falling asleep.

Whatever it was, we bought the house in Coarsegold. We found it on my best friend’s birthday.

Did I mention it was 2006? So you know what happened. It wasn’t too long before the housing bubble burst and people found themselves upside down in precisely the type of loan we had accepted when we told ourselves, “if the powers that be think we can afford it, we can afford it!”

It took more than a few years but we made it through the financial crisis, sometimes by the “skin of our teeth,” as my mom would have said. We watched in shock and sadness as some lost their homes and moved away.

My husband was lucky, his job remained secure even as others we knew were laid off or furloughed. I was lucky, too, I found work when I needed it. We made friends and raised our daughter and came to love the place and people of these communities way more than we could have known when we first decided to move here.

It took a while, but we call it home in every sense of the word.

So, it came as a surprise recently when another LA-based friend of mine said, “are you thinking of moving?”

We were talking on the phone about the recent fires when the question came up.

“Are you thinking of moving because of all the fires?”

This was at the end of a week in which we’d evacuated voluntarily, temporarily, as high winds threatened to push the Creek Fire our way. Far from thinking about moving, I was just unpacking.

Thanks to the efforts of firefighters, we’ve been dodging fires successfully since 2014. Our area had a little reprieve in the summer of 2019 that made us forget what it was like to wonder where the flames will land. This September, we remembered.

We’ve seen so many fires we can’t even recall the names of them all, but we have a cat named Charlotte for charred, a stray we rescued from the Courtney Fire.

We’ve learned about drought, and bark beetles, and tree mortality. We know the precise Pepto-pink color of fire retardant the planes lay down to delineate an incident. We know what it’s like to walk through the house taking pictures of our belongings and deciding what to load into the car for saving, when most of the space is taken up by cats, dog, people and a pet lizard.

And we know what it’s like on the good days, when the fall air is so crisp each breath is an invigoration. We’ve seen the times when just enough snow falls to make the landscape sparkle in the winter sun, and we’ve watched as spring explodes in a field of green. Summers at the lake, full moon paddles, hike after hike after hike — these are the things we love. And then, there are the people we’ve grown to love. These are just some of the reasons we will stay.

We’ve been evacuated before and friends have hunkered down with us when it was their turn. And we have returned to our place, standing, when so many others are not so fortunate. More than 900 homes have been damaged or destroyed in the Creek Fire burning in the forest nearby. Ours was not one of them.

Despite anything I may have said in the heat of some moment, when the air was unbreathable and the flames of some fire were spreading, I don’t want to move away. We will stay, and better days will come. Yesterday there was blue sky for a while. And if we have to stay indoors because of the smoke, at least we have good food — the garlic is roasted for Caesar salad and butternut squash soup — and good music. Bruce Springsteen and Elvis Costello are releasing new albums next month. By the time you read this, fall has arrived.

From where I sit, on the comfortable old couch in our fine foothill home, there’s always hope. And usually, time for another glass of wine.

Kellie Flanagan is a staff writer for the Mariposa Gazette focusing on Eastern Madera County and can be reached at kbriley07@sti.net.

Domestic violence: Is it a Native American tradition?Practicing basic humanity is critical for humankindWelcome to our county: Now what?