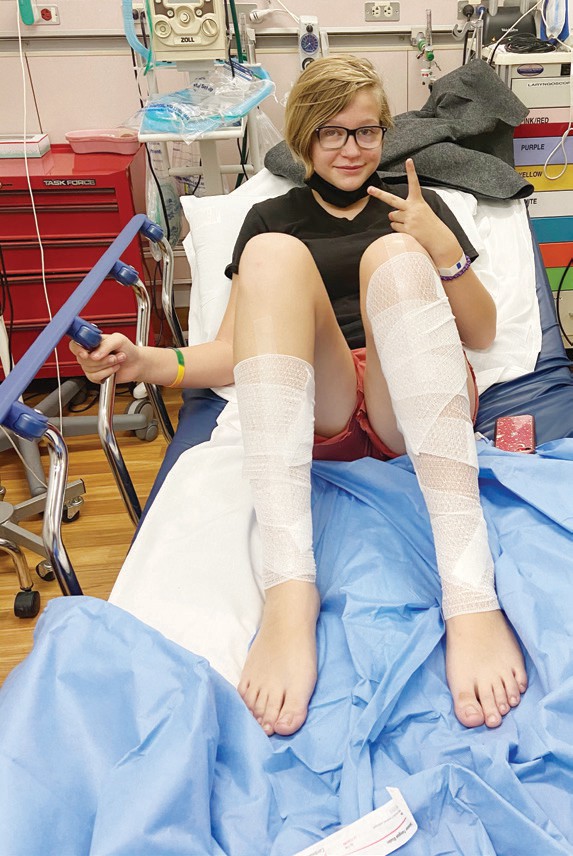 Belcher has first and second degree burns on her legs. Photos submitted by Cheryl Gibbs

Starting her normal routine by getting ready for school and jumping onto the bus last Friday morning would be like no other for Sadie Belcher, a 12-year-old, seventh grade student at Mariposa Elementary School.

While sitting in her seat on the bus, Belcher was sprayed by a hot liquid from a burst pipe running along the side of the bus. At the moment, she didn’t know what was happening.

She would later learn the liquid was coolant that flows from the back of the bus to the front of the bus where the engine is. The coolant also sprayed all over the window, her seat and the seat in front of her.

Belcher’s mother, Cheryl Gibbs, received a call from her daughter’s cell phone at 9 a.m. “It was a little boy telling me my daughter is burned,” Gibbs said. “She was screaming and crying in the background.”

Belcher received first and second degree burns on her legs as another young, female student helped get Belcher off the bus and took off Belcher’s jacket and boots which had coolant all over. Meanwhile, the driver of the bus kept the other children calm as the female student also helped keep Belcher calm, waiting for help to arrive, Gibbs said. 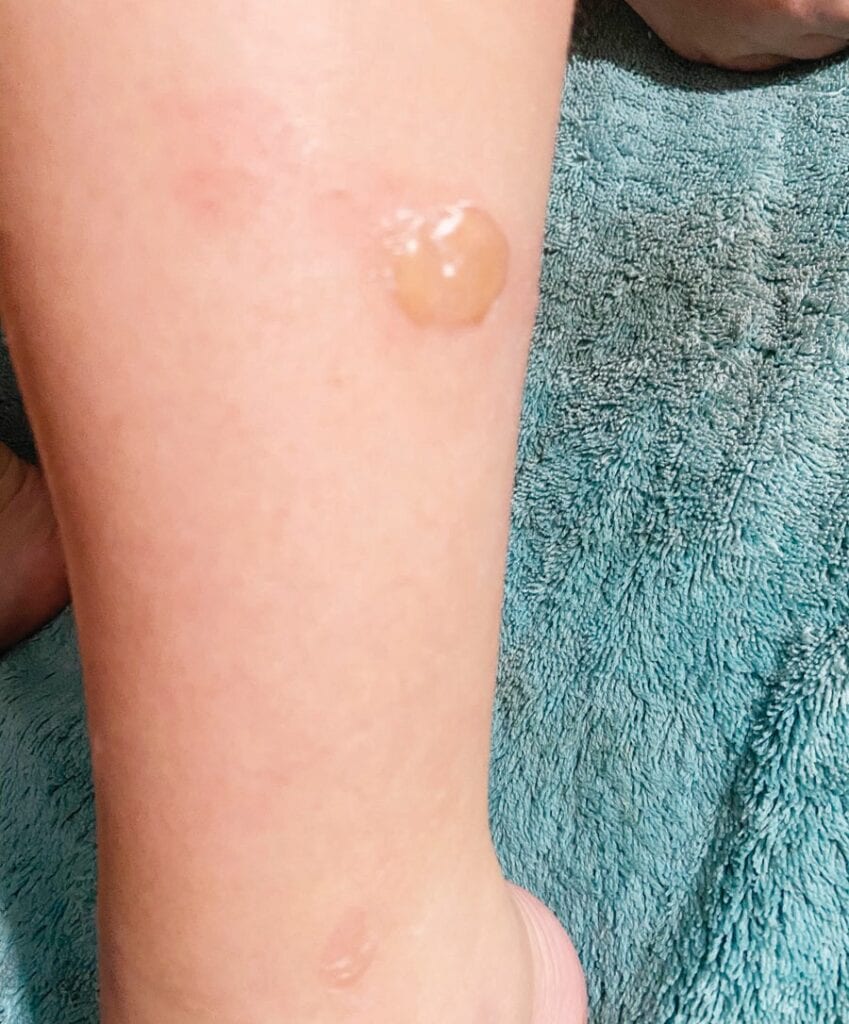 Some of the burns have already welted into blisters and popped.

“The bus driver followed standard protocol,” Jeff Aranguena, the superintendent of the Mariposa County Unified School District (MCUSD) said. The driver also took out a first aid kit, however, Aranguena said he is unaware if any first aid was given to Belcher before the ambulance arrived.

After Aranguena checked in with Linda Mayfield, the director of the Maintenance, Operations, Transportation, Facilities and Warehouse Division at MCUSD, she confirmed it was the antifreeze coolant that had sprayed over Belcher. 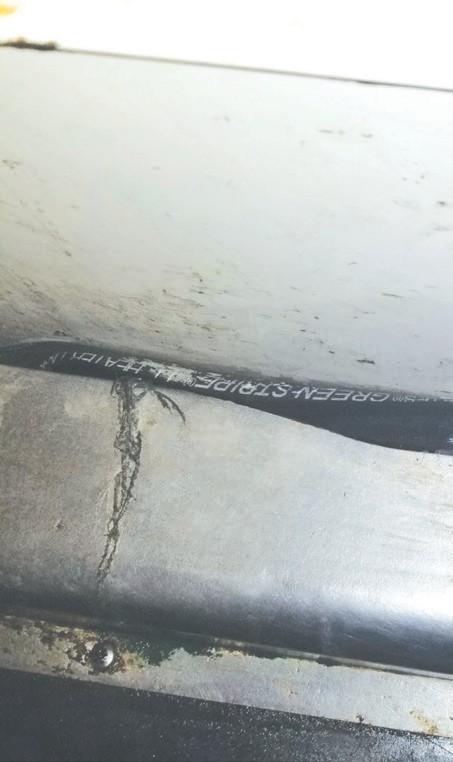 This is the pipe on the side of the bus that burst, spraying the coolant.

Gibbs said she was also informed by someone working for the school district transportation that after they reviewed the video to get all of the details of how the pipe burst, they would call Gibbs.

“I haven’t reached out yet because someone needs to be held accountable,” Gibbs said.

Belcher has five to six blisters on her leg with “one (blister) an inch and a half in diameter,” Gibbs said. The family has yet to receive the ambulance or hospital bill and is hoping their insurance will cover the costs.

“We’re happy to hear the student is OK,” Aranguena said. “Obviously there were some burns she suffered, she was OK. There was no threat to life.”

Aranguena said the district is doing its own internal investigation of the incident, therefore they cannot share as many details.

To comfort her daughter while she was being treated at JCF, Gibbs tried to keep the atmosphere light by joking with her daughter and bringing her “comfort foods” like chocolate and Arizona ice teas.

For bandages, Gibbs has spent around $100 to keep the blisters on Belcher’s legs clean and protected.

Belcher now needs to wash and re-bandage her legs every day. She also takes ibuprofen every six hours and Tylenol every four hours, according to Gibbs.

Belcher has since returned to school as of Monday and her parents have talked to the principal to get her excused from physical education classes.

For the time being, Belcher will find different means of getting to school other than the bus.

“She’s traumatized,” Gibbs said. “She told me she doesn’t ever want to take the bus again.”

Gibbs would like to thank the young girl who helped her daughter get the coolant off of her and keep her calm. She described the girl as having short, purple hair. Gibbs wants to continue her efforts to identify her as she is extremely grateful for her actions.

As for the bus with the newly broken pipe, Aranguena said he doesn’t know if it is still in use, but they are working with their insurance company to pinpoint what went wrong and ensure “it’s not going to happen again,” he said.