Sides remain at impasse, others scramble to provide help 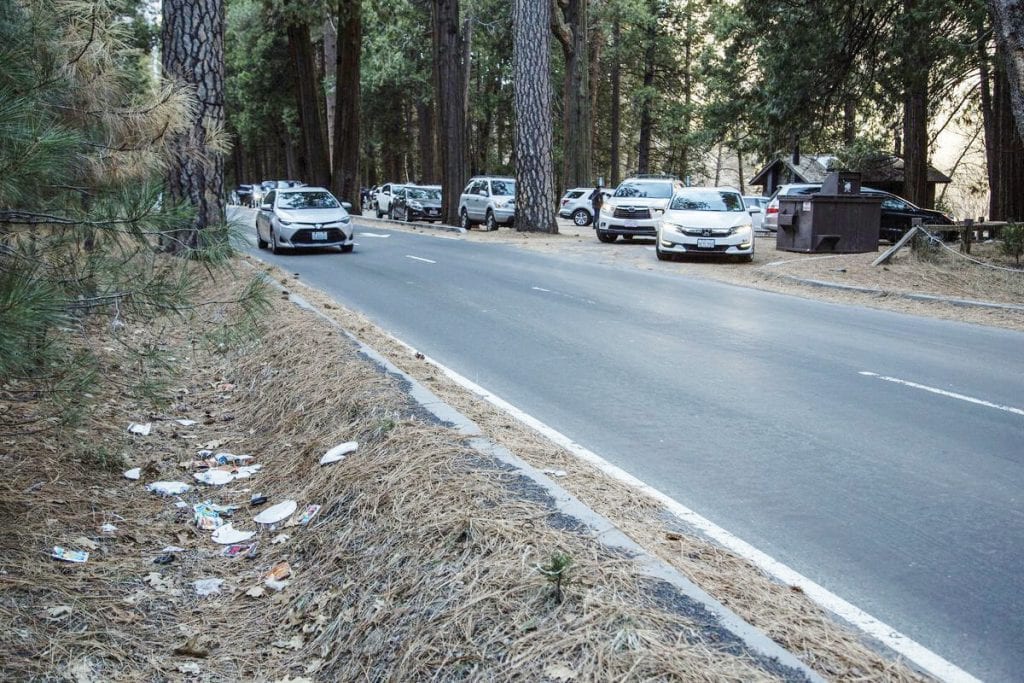 This picture shows trash along the road at Yosemite National Park. It was taken on Dec. 31. Mariposa County supervisors voted Tuesday to assist with garbage pickup in the park. Photo by Dakota Snider

As the partial federal government shutdown continues into a third week, many questions remain about when the impasse may end and how it is impacting Yosemite National Park.

The shutdown has set in motion various moves by elected officials, agencies and others in order to combat the negative impacts, especially concerning national park areas.

That includes a decision by the federal government to use money normally targeted at park improvements for trash removal and restroom cleaning as well as a decision by local county supervisors to assist with trash pickup in the park.

There are many components to the shutdown, including major impacts on Yosemite, where park officials closed the South Entrance to people who don’t have lodging or camping reservations.

That was the biggest change which came out of the park last week, though the ultimate impacts remain in question.

That major change, which is rerouting traffic to Highway 140 in Mariposa County, is the result of park visitors damaging areas in the park as well as leaving human waste exposed along roadways and in other areas. 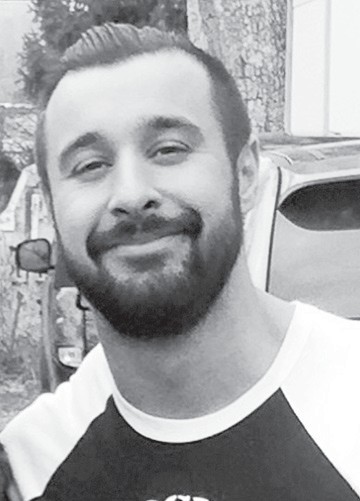 It was announced last week that rangers would be stationed at the South Entrance daily from 9 a.m. to 6 p.m., according to Scott Gediman, the public information officer at the park. Only people with lodging or camping reservations are allowed to proceed. All other visitors are being asked to use Highway 140 in Mariposa County — a trip that can take over two hours.

It was reported that no signs are up in the Oakhurst area warning visitors of the change and many are driving to the South Entrance only to have to turn around and take the trip to Mariposa and then to the Arch Rock Entrance east of El Portal. That includes those who are going to the Badger Pass ski area in the park.

Local residents and guests staying in Yosemite Valley, Yosemite West and Wawona will be permitted access to drive along Highway 41, the Wawona Road.

The government shutdown seemed to be without any immediate resolution as of our press time on Tuesday. The battle is between President Donald Trump and the new Democratic majority in the U.S. House of Representatives. The House passed several bills during its first day in session, all aimed at opening areas of the government that included the Department of Interior, which oversees national parks.

But Trump has rejected the proposals and they have not been taken up in the U.S. Senate. Trump is insisting on $5.6 billion in funding for a wall along the U.S. border with Mexico. News reports indicated Trump was scheduled to travel to the border on Thursday of this week after a scheduled address to the nation on Tuesday evening.

Amid the flurry of activity concerning the shutdown, U.S. Rep. Tom McClintock, who represents Mariposa County, drafted a letter to the Department of Interior seeking to invoke a clause to allow some money to be used at Yosemite and other parks.

In his letter to Acting Secretary David Bernhardt, McClintock said though park concessionaire Aramark has been handling restroom cleanup and trash removal in Yosemite Valley, “outside the valley there are increasingly dire reports of irresponsible individuals who are producing uncollected buildups of garbage and even humans waste.”

Because of that, McClintock has requested invocation of the Anti-deficiency Act. That act allows for exceptions in appropriations for “emergencies involving the safety of human life or the protection of property.”

McClintock, in the letter, said it was his belief “these developments present a clear risk to public health and safety and to federal property. Accordingly, the collection of garbage and the servicing of restrooms certainly falls within the actions the park service can take during the current lapse of appropriations.”

McClintock requested the department to invoke the exception “immediately.”

On Monday of this week, it appears McClintock was heard, though the resolution by Bernhardt indicates another route.

Bernhardt responded to McClintock by saying he has ordered the larger national parks, including Yosemite, to use a contingency plan in order to get funding for the services.

The directive will provide use of recreation fee funds to clean up and maintain restrooms and sanitation, trash collection and road maintenance. Bernhardt said that includes plowing, campground operations, law enforcement and emergency operations and staffing entrance gates as necessary to provide “critical safety information.”

Bernhardt further wrote: “This approach means that many of the burdens you have raised should be addressed within days, particularly at the bigger parks such as Yosemite, Sequoia and Kings Canyon national parks. If a prolonged lapse period occurs to the point that these fee accounts reach zero, I will need to make some additional decisions, and when doing so, I will certainly consider the option you suggested.”

McClintock responded in a press release by stating: “The extraordinary actions by this administration to minimize the disruptions to park vendors and visitors during this shutdown stand in stark contrast to the previous administration that went to such extremes as barricading highway turn-offs to prevent anyone from even getting a glimpse of Yosemite Valley. The Obama administration went out of its way to deny the public the right to access the public lands; the Trump administration is doing everything it can to protect their right.”

Though both the local and regional media representatives from the Department of Interior have been furloughed since last week, the Gazette did receive a response from Mike Litterst, acting chief spokesperson and chief public affairs officer for the National Park Service in Washington, D.C.

“Yesterday the National Park Service announced a plan to use funds derived from entrance, camping, parking and other fees collected from national park visitors in order to address the maintenance and sanitation issues that have arisen at a number of highly visited parks during the lapse in appropriations,” he wrote in an email.

Those funds are typically used for “future projects at parks,” he wrote, but in this case the decision has been made to divert those funds to take care of the pressing needs.

One of the major matters concerning the shutdown has to do with health issues inside Yosemite.

Though park rangers, Aramark personnel and volunteers and handling some of the trash pickup, the issue of human waste being left by some park visitors remains.

But addressing that issue appears to be at the discretion of park officials.

The Gazette contacted Dr. Eric Sergienko, county health officer, who said it remains up to health officials in the park to declare any type of emergency.

“There are a couple of things where we do have regulatory authority but not in regards to what they’re seeing right now, which is accumulation of trash and human waste along the roadside,” said Sergienko.

He did say the park has its own public health officer.

Sergienko said the county does have some authority in the park, especially when it comes to air pollution issues.

But in this case, the county does not have authority.

Sergienko said at this point, it would be the “superintendent’s role” regarding any type of health emergency declaration.

On Tuesday of this week, the Mariposa County Board of Supervisors voted to assist park officials in collecting trash in Yosemite. What impact that may have on decisions concerning the health status at the park remain in question.

Litterst, the national park spokesperson from Washington, said the following in an email when asked if there was any consideration being given about potential health concerns to either generate more funds or possibly even close the park because of those concerns.

Here was his response: “At this point we are unable to speculate on which parks will be affected by the revised cont i ngen c y plan or provide additional specific information about park plans. Parks are currently identifying their available balances of recreational fee funds; determining their immediate maintenance, health, and safety needs; and figuring out the staff and resources needed to address those needs. As parks complete their planning in the next couple of days, we’ll be able to provide more detailed information.”

Death in the park

There was a death in the park over the holidays, according to National Park Service officials.

According to Andrew Munoz, acting chief of public and congressional affairs for the park service who responded to an email but who is now on furlough, on Christmas Day, a male visitor at the park died from a head injury at Nevada Fall.

Since that time, the man has been identified as Joshua Brock Conner, 32, of Los Angeles.

An obituary from Chamberlain Huckeriede Funeral Home in Lima, Ohio, stated Conner died while hiking in Yosemite. It also stated he was with his dog, Leo, while hiking in the park. A funeral service was scheduled for this Friday in Ohio.

Mariposa County Undersheriff Jeremy Briese confirmed it was Conner who died at the park. He said a witness saw him fall into the Merced River. Briese said the case remains under investigation.

Munoz said on the afternoon of Dec. 25, emergency dispatchers at the park received a call about a man who had a head injury at Nevada Fall. The visitor was in the Silver Apron area of the park, which is a body of water between Vernal and Nevada falls.

Munoz said rangers were on the scene in less than an hour and the man was removed from the water.

“Medical attention was provided to the visitor, but he died from his injuries,” wrote Munoz in an email to the newspaper.

Because Mariposa County is so reliant on Yosemite, various local people and groups have been trying to help with the shutdown situation.

Several other groups have been doing litter pickup in the region as well as within the park.