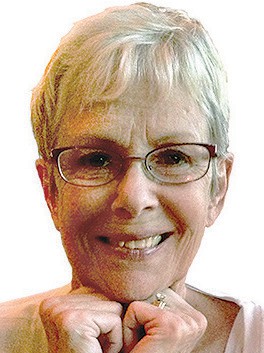 Shelley Rae (Hatfield) Johnson passed away on June 23, 2020, peacefully at home in Mariposa, Calif., after a long battle with Alzheimer’s disease. She was born in South Bloomfield, Ohio on May 18, 1944 to Donald and Mary Hatfield.

Shelley studied music at Azusa Pacific College in California, and went on to become a professional singer of Christian and folk music. She performed and recorded sacred music as a member of the Jimmy Owens Singers, followed by a self-titled record. In 1968, she appeared in an episode of “California Sings” that was directed by Sterling Johnson. Serendipitously, she would marry Sterling 20 years later in the fall in 1989.

They began their life together in Pasadena, Calif., and moved north to Mariposa in 1993, where they created their forever home and fell in love with the history and majesty of Yosemite. Always an artist, it was at this time Shelley reopened the seal of her oil paints and even won awards for her portraits.

Shelley had a strong commitment to her faith and was a devoted churchgoer her entire life. She was dedicated to her family, known for her sharp wit, and a tremendous ability to spread joy everywhere she went. She adored her cats Suba and Harley, butterflies and vanilla ice cream.

Shelley is survived by her husband Sterling; children Kacy and Michael, as well as Chris (Tracy), Shelly, Curt ( Jennifer) and grandchildren: Cole, Joshua, Stella, Ashli, Etney, Kela and Avery. Her grandson Sterling Evan passed away in 2019.

She was also preceded in death by her parents, siblings David, Mike, Steve, Lorna and Jeanette. May they all reunite and rejoice.

The family wishes that all may freely and joyfully love as Shelley Rae loved. May we celebrate her life every day.