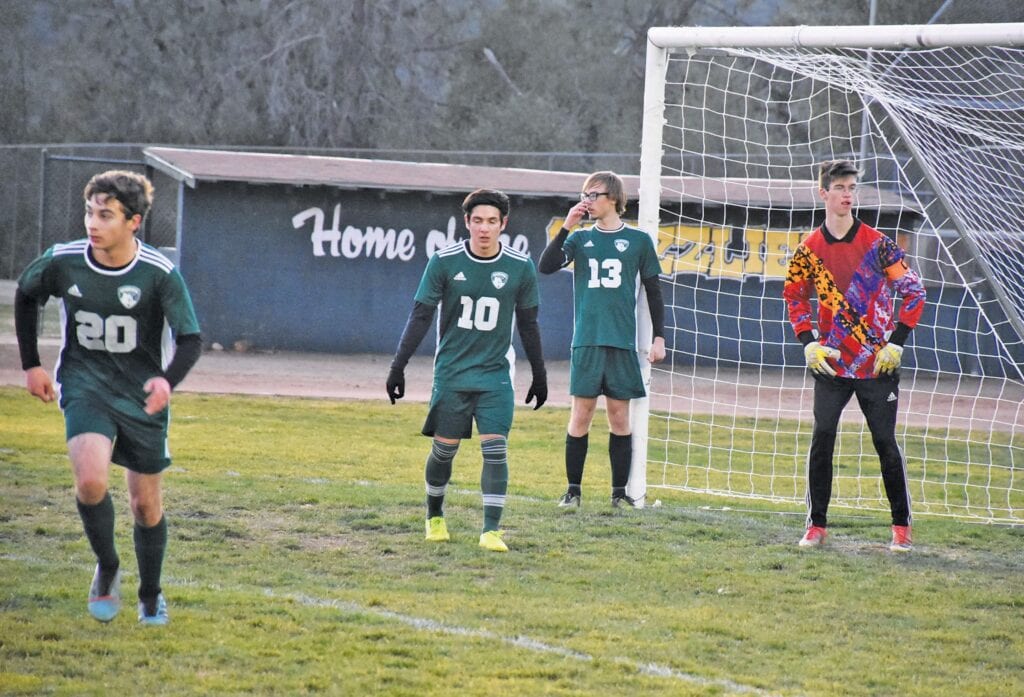 Mariposa’s Zach Fincher (far right) was the quarterback of the MCHS defense for the past few soccer seasons. Photos by Matt Johnson

Editor’s note: Over the last few weeks, the Gazette has been printing Senior Showcases, which are short biographies or highlights about senior athletes who had their final year of high school cut short due to Covid-19. This is being done as a way to pay tribute to these student athletes. We hope you enjoy this feature. We will be wrapping up this feature soon. 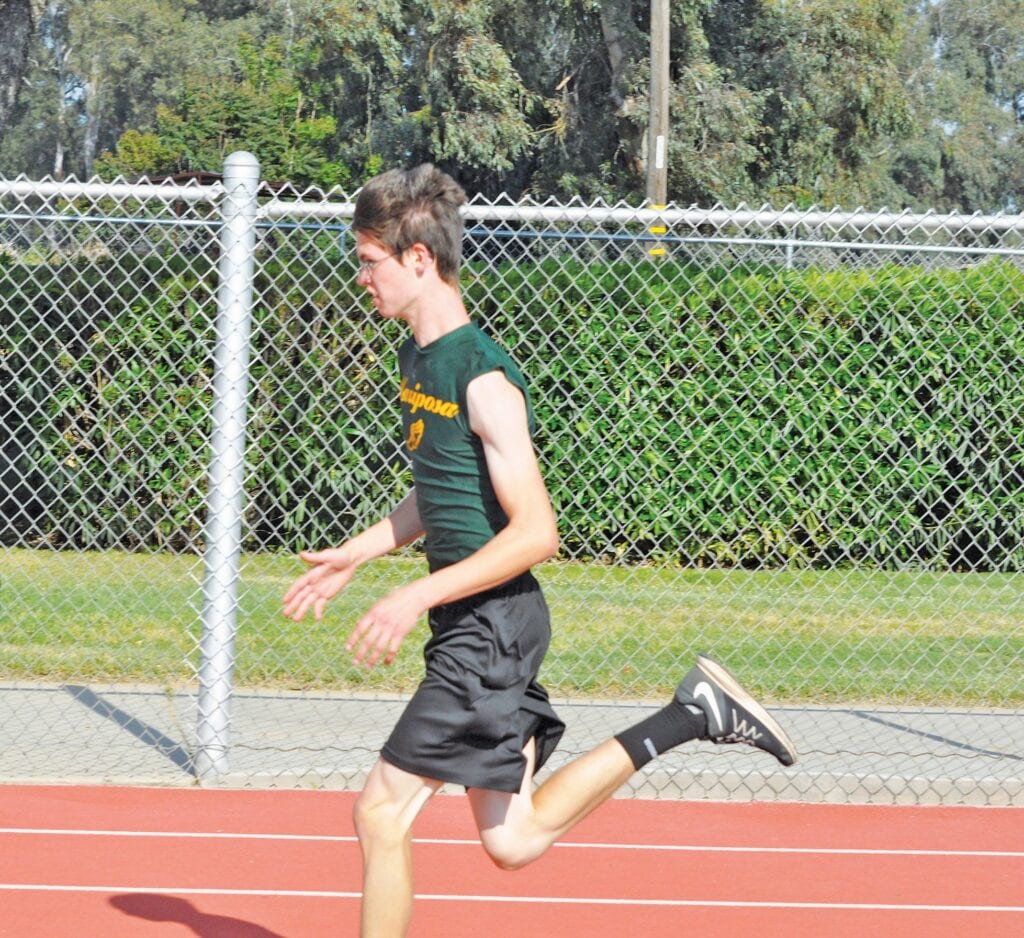 Zach Fincher is shown during the 2018 track and field season for MCHS. Fincher called it a “bummer” that his senior year of track had to be canceled. 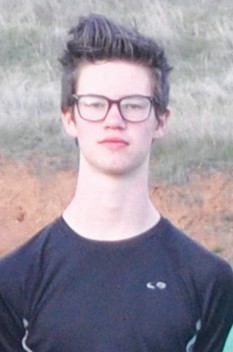 Zach Fincher is a thoughtful person.

That’s why it was so enjoyable interviewing him for this feature. He takes time to think about his answers, and then provides thoughtful remarks. Sometimes, it’s easy for athletes to just give run-of-the-mill responses, or say what they think the interviewer wants them to say. 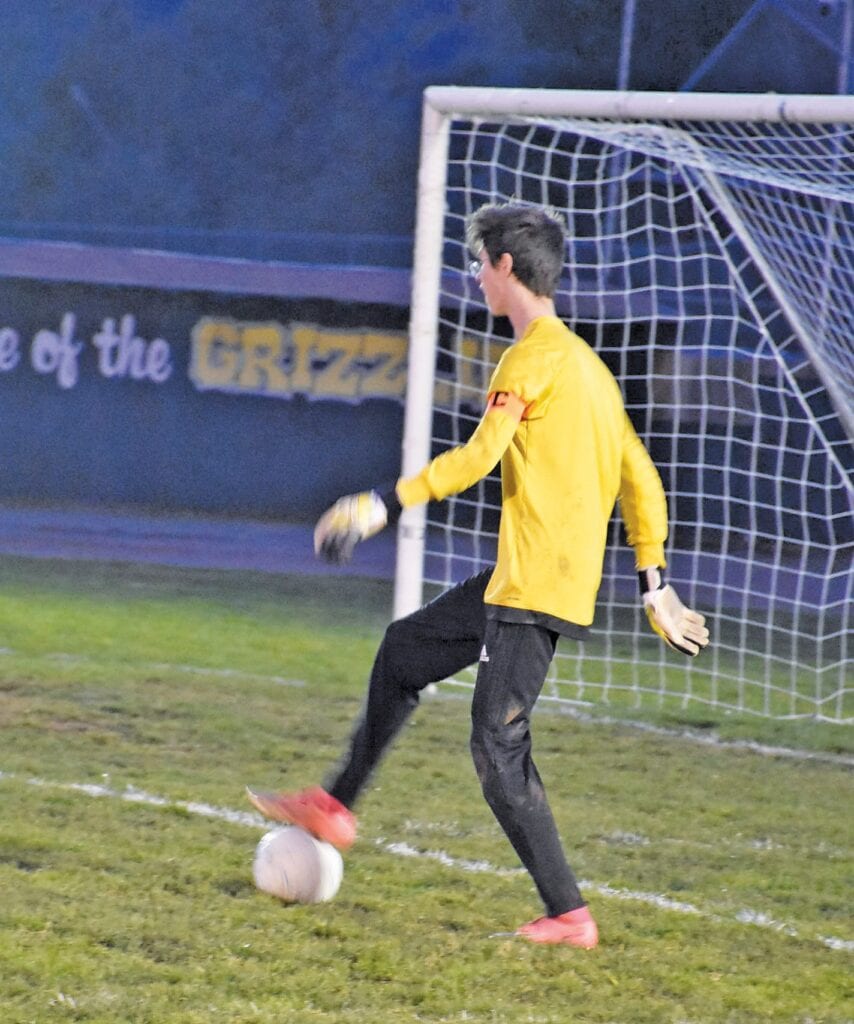 Although it used to bother Zach Fincher when he would give up goals, he learned to put aside the frustration and focus on the task at hand. Fincher was named to the Gazette’s 2010-20 All-Decade Soccer Team not long ago, a very deserved honor.

The now-graduated Mariposa County High School student-athlete was taking part in track and field this spring before the season got shut down.

He was also a major piece of the MCHS boys soccer team over the last few years, serving as the team’s starting goalkeeper. His standout play earned him All-Southern League Honorable Mention in 2019-20.

In soccer, you were the varsity team’s goalkeeper for the last few seasons. What’s it like being a goalie? I have to imagine the pressure is immense, knowing you’re the last line of defense. And even if the goals given up aren’t really your fault, goalies still shoulder much of the blame. “I think when I first started, because I made so many extremely stupid mistakes, I had to learn to stop taking it out on myself and I decided I would keep moving forward. If I did make a mistake, I would own up to it, and if it wasn’t my mistake, we would address it. The further I went along, the pressure still remained, but I was able to manage it better. I’ve been able to put blocks in between over-thinking everything.”

What went wrong with the soccer season this past winter? The year prior, the team looked so strong, but it seemed everything that could go wrong this past season did go wrong. “I’m not sure why we had so many injuries. As for the actual playing side of it, I think it was a lot of very small, minor mistakes that cost us. I think it’s something we cracked down on more the previous year. I can’t pinpoint an exact reason it happened this season. But it happened, and we weren’t able to keep them from happening.”

Soccer player you admired growing up? “I’ve always really enjoyed watching Messi play. When it comes to goalies, someone like Alisson Becker, probably.”

It seems like the boys soccer players at MCHS love soccer coach Miguel Ramirez. What do you appreciate about him? “He’s been my coach for five or six years now (for high school and club soccer). I just love that he’s able to talk to us in a non-coaching role and yet maintain a level of professionalism when it comes to coaching. He’s always been there to help everybody with whatever they need, if they’re having problems. I really trust his judgment when it comes to the game.”

What did you miss about sports this spring? “I think it’s the team camaraderie and being able to compete in a sport in general. It’s something that I’ve always enjoyed and it was a bummer to have that occur.”

What was your favorite part of the high school experience? “I would say the closeness that everyone has with each other, and that bond is only strengthened in sports. I think some of my closest friends I have encountered because of sports or because of the small classes.”

Favorite class/teacher? “I’ve always enjoyed math, and I think Alex Keeton is definitely my favorite teacher I had throughout the four years.”

Hobbies, outside of sports? “Hanging out with friends. But most of my life is dedicated to school and sports.”

Future plans? “I am going to attend UC Santa Barbara in the fall, hopefully in person. I will study economics. After that, I’m not sure.”