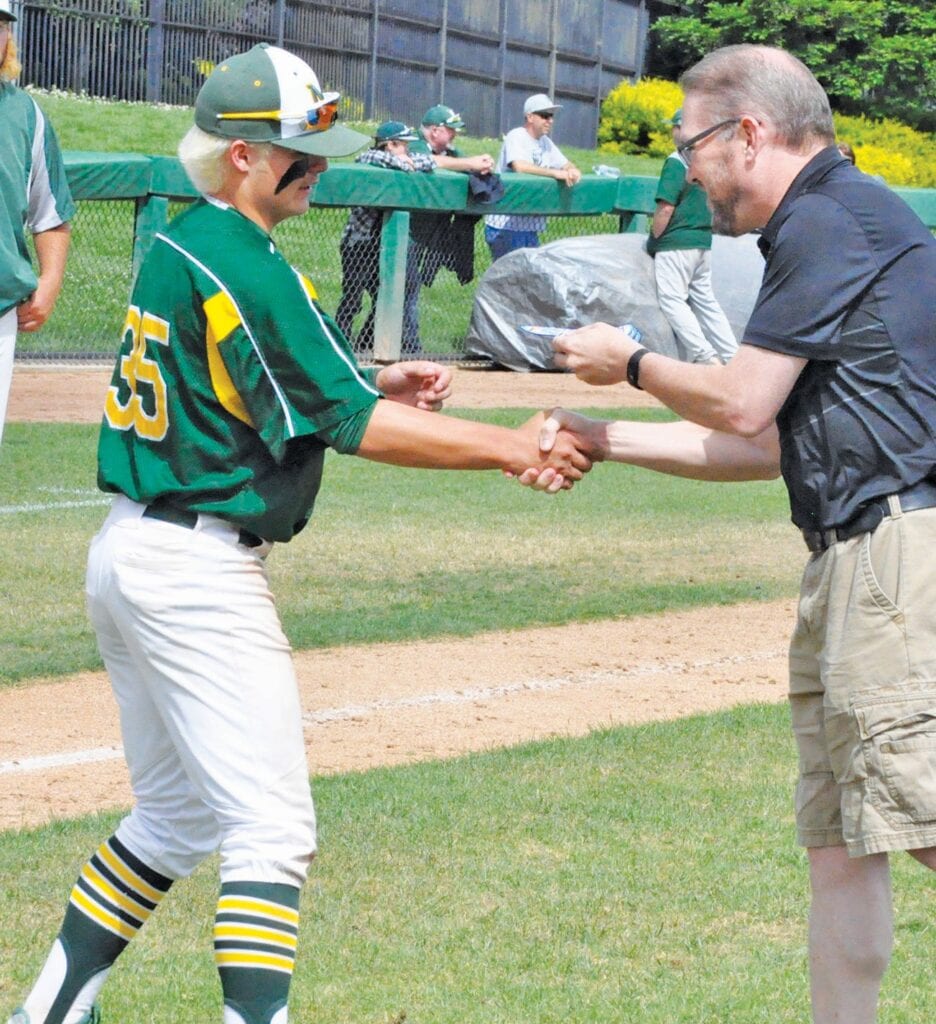 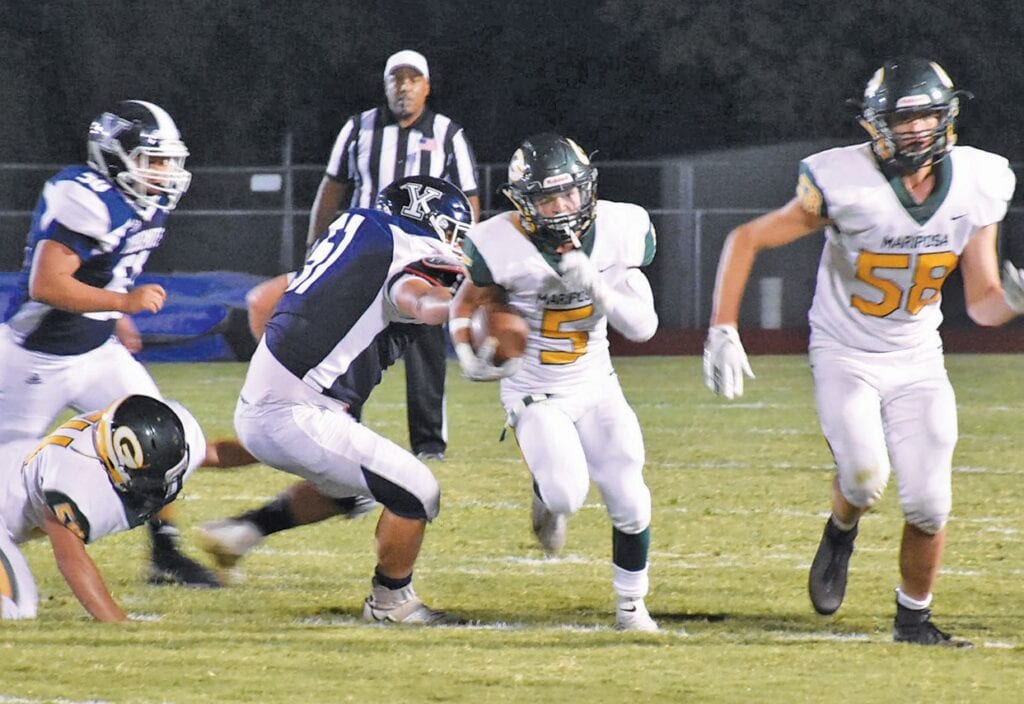 Logan Donati (center) was a threat on the football field whenever he touched the ball. Photo by Matt Johnson

You won’t find many athletes as versatile as Logan Donati.

Using his speed and his natural athletic gifts, he is a star in both football and baseball. He was a major reason why Mariposa County High School captured a section title in football last fall. He was so fast that he was like a “blur,” rushing 21 times for 185 yards and a touchdown in a 17-14 overtime win over Denair in the championship game.

His steady production helped Mariposa to an 8-5 record overall, and one of its finest seasons ever.

Donati has also been a solid starter for the baseball team the last few seasons, always providing steady hitting and solid defensive play in the outfield.

He’s a quiet guy, but don’t let that quietness fool you. He is a stone cold assassin on the sports field.

Do you enjoy playing football or baseball more? “Probably football. I’m more of an active guy and like to get rough and physical.”

What was it like winning a section football title? “I was sad I couldn’t finish it out (that game) because I was shaken up. But it felt good. It was exciting.”

What do you miss the most about playing sports right now? “I miss all my friends, being together every day and practicing.”

What is your greatest accomplishment as an athlete? “Probably winning all-league recognition (individually) or winning the section (as a team).”

Who are you grateful for; who got you to this point in your life or in sports? “When I was younger, my dad worked with me a lot. When I got to the high school level, coaches Spencer Arebalo and Ryan Oliphant helped me. Those are two that have helped me a lot, especially Spencer. He was my ‘hype man.’”

What are your plans after high school? “I was thinking of working with CAL FIRE.”