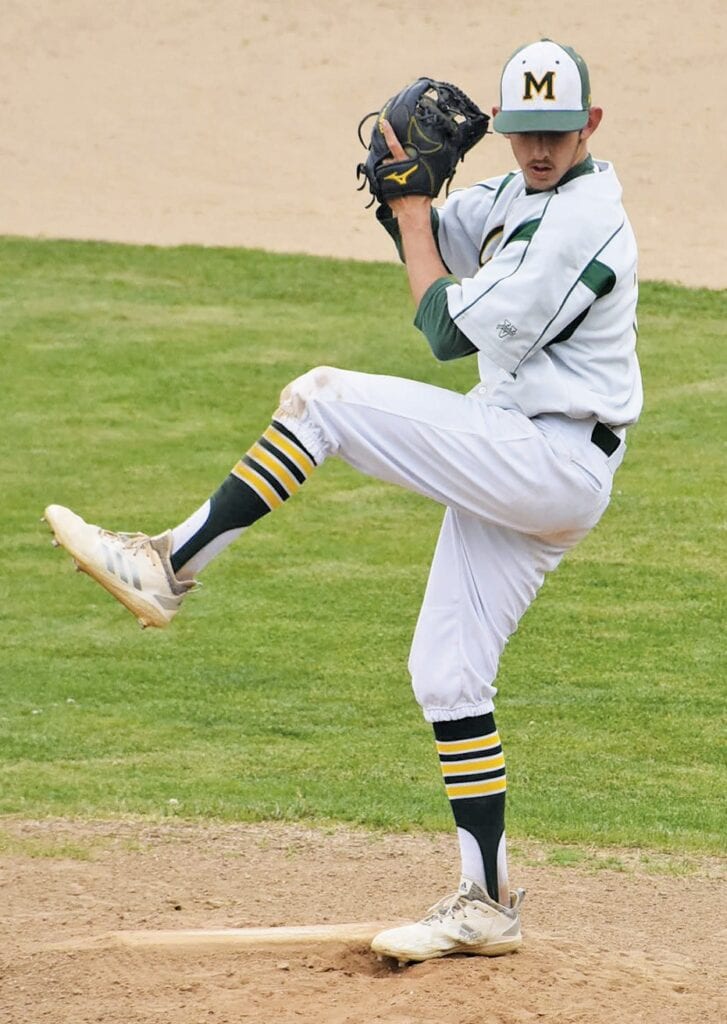 Jake Swift played both football and baseball for all four years of his high school experience. Photo by Matt Johnson

Editor’s note: Over the last few weeks, the Gazette has been printing Senior Showcases, which are short biographies or highlights about senior athletes who had their final year of high school cut short due to Covid-19. This is being done as a way to pay tribute to these student-athletes. We hope you enjoy this feature. We will be wrapping up this feature soon, but you can still nominate a senior to be highlighted by emailing matt@mariposagazette.com. 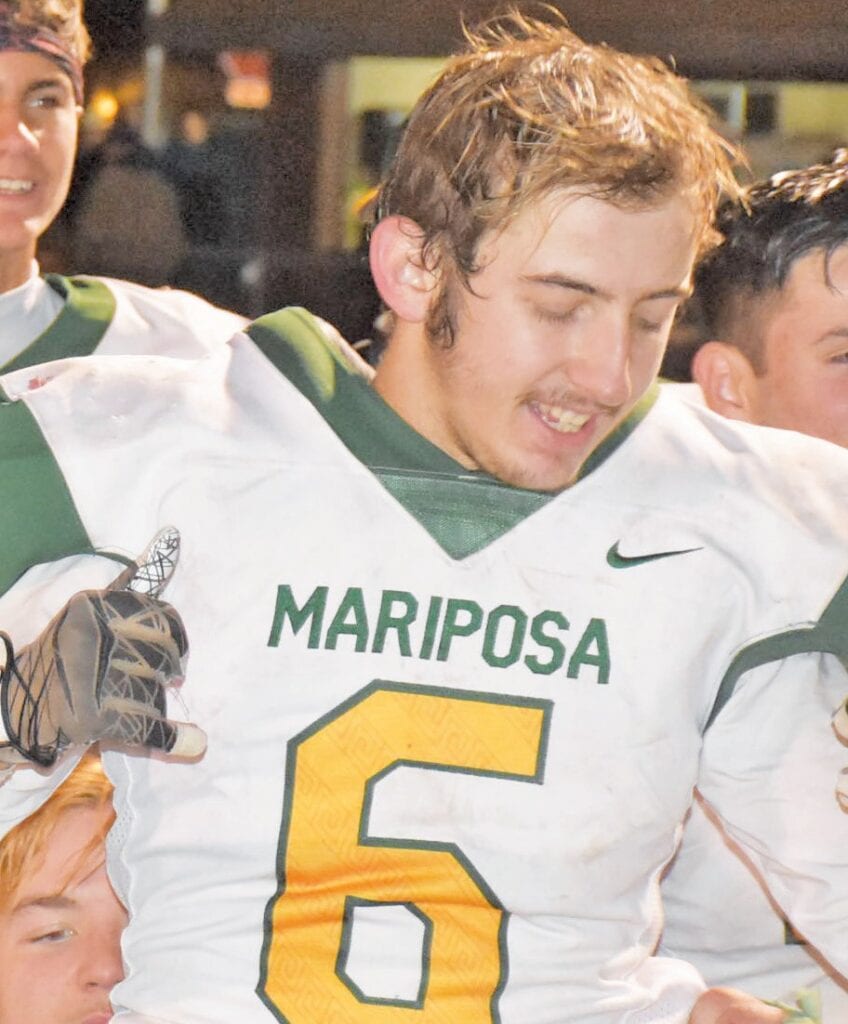 You won’t find many high school athletes as honest or blunt as Jake Swift.

The now-graduated athlete doesn’t give your run-of-the-mill answers, which makes for a great interview. Swift played football and baseball all four years of high school and was a major contributor to both programs.

What do you think the potential of the 2020 baseball team was, before the season was called off? The team was 4-3 prior to being shut down due to Covid. I think we would have had a good shot in playoffs, honestly. I know it was a shaky start at the beginning, but none of us had played much ball together. The last three games of the season, we were starting to click. We had three consecutive games where we didn’t make any errors. We were on a hot streak. At a minimum, I think we would have made a dent in someone’s season in the playoffs.

What was it like winning a section title in football in the fall of 2019? You guys beat Denair in an overtime classic. Can you describe the emotion you felt? To be honest, I just went blank. I didn’t know what to think. It has been my dream all four years of high school to win a section. There were so many mixed emotions. I didn’t know how to feel. There was happiness and shock. I didn’t know how we would fare to start the season … Going through the season, we started winning games and realized we had a shot. It was disbelief when we won it.

Was there any point during that section football game where you felt like the team was in big trouble? You had to come back from a deficit. The first half was 0-0 and we were felling good. We came back from halftime, and Denair had two possessions and three plays in total, and scored two touchdowns. Guys on the sideline got angry and were wondering what the heck was going on right then. We held them for an entire half, and then we couldn’t stop them. I think that lit a fire under us to pull our stuff together and come back. … It made us want to show everyone what we were made of. It was a cool experience.

Did winning a football title ease some of the pain of losing to Waterford in the section finals for baseball in 2019? We should have won that section title in baseball in 2019. We came out and played two terrible games of ball. We beat (a very strong) Ripon Christian in playoffs. We had beaten Waterford before. They were down in the standings coming into the playoffs. We just walked in there with our heads full of hot air, thinking we would win it easy. Waterford came to play that day and we didn’t. Waterford didn’t win that, we lost it.

How did you feel about moving around to different positions your senior year of football? You were the starting QB your junior season but then moved to a wideout role on offense. Were you OK with that? My junior year playing quarterback, I hated it. I told coach (Robert) Stitt every day that I hated it. The reason I hated it was because everything was thrown at me and it was such a blur. We had a new head coach and offense. I had never played quarterback before and it was kind of a sh*t storm, so to speak. My senior year, I wanted to play quarterback because of all the talk from everybody from the previous year, talking about how I did; I wanted to prove everybody wrong. I am grateful for the opportunity to play so many positions, but honestly I did want to play QB because I felt more confident coming in my senior year after summer practice and seven-on-sevens, but it is what it is. Wyatt Green is a great quarterback and did great things this season. I’m proud of him.

Do you enjoy playing football or baseball more? Baseball has always been my favorite (Swift is a catcher and pitcher). I’ve been playing since I was 5. It’s a bummer that I didn’t get to finish out my senior year.

School/team you disliked playing against the most? Or basically, who do you think the biggest rival was, in your opinion? There are three: Orestimba, Ripon Christian and Le Grand. I do not like those teams or the players. Every year I have played them, I have wanted to beat them. In football, I wanted to hit them as hard as I could because of how disrespectful their players are. In baseball, that just continued over …. They’re all great ball teams. If you beat them you’re making a statement and telling the other teams in the league we’re there to play ball.

Hobbies, aside from sports? Hunting, fishing, team roping, rodeo and stuff like that. Just things like that.

What is your greatest accomplishment as an athlete? Playing my first year of varsity baseball and making the all-league team my junior year.

Who are you grateful for; who got you to this point in your life or in sports? My first would be my dad Jason, because he was my coach and got me started into baseball and football. He has pushed me. He has been hard on me but has been supportive. My mom Hally is my biggest fan. She is at every game and I can count on her being in the stands. Then there was a coach, Rock Carlson, I had in seventh grade. He made me love the game more because he taught me so much about baseball. … He taught me to make the game slower but still go at a fast pace.

What are your plans after high school? In the fall, starting in August, I will go to Feather River College and be on the rodeo team. I will study equine science and ranch skills. Rodeo has always been part of growing up in the western culture.

Favorite athlete? I have always had catcher Buster Posey as my favorite athlete. I remember watching him when he was on the Fresno Grizzlies and working his way up to the pros and succeeding.