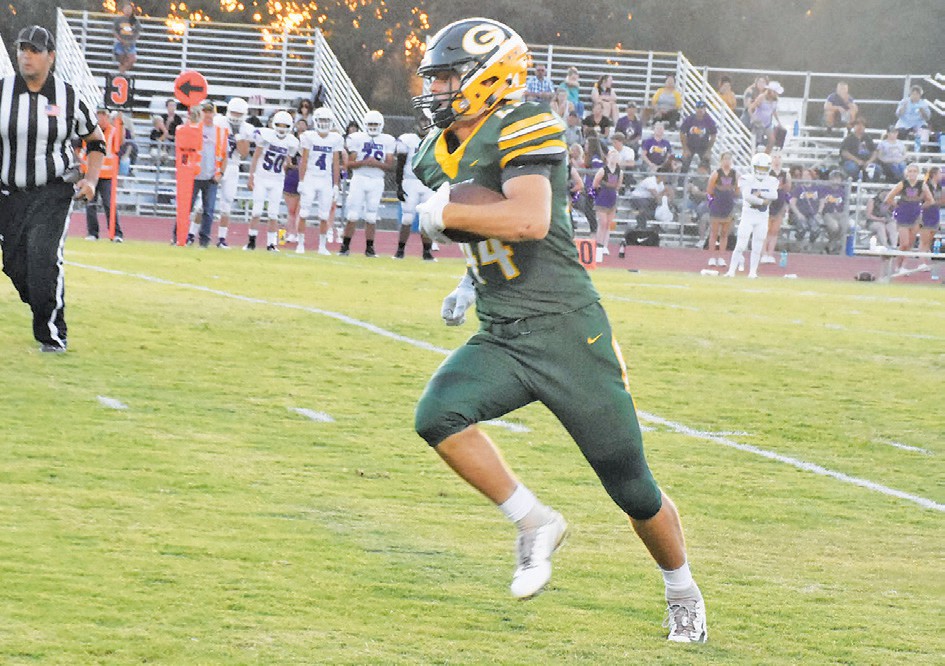 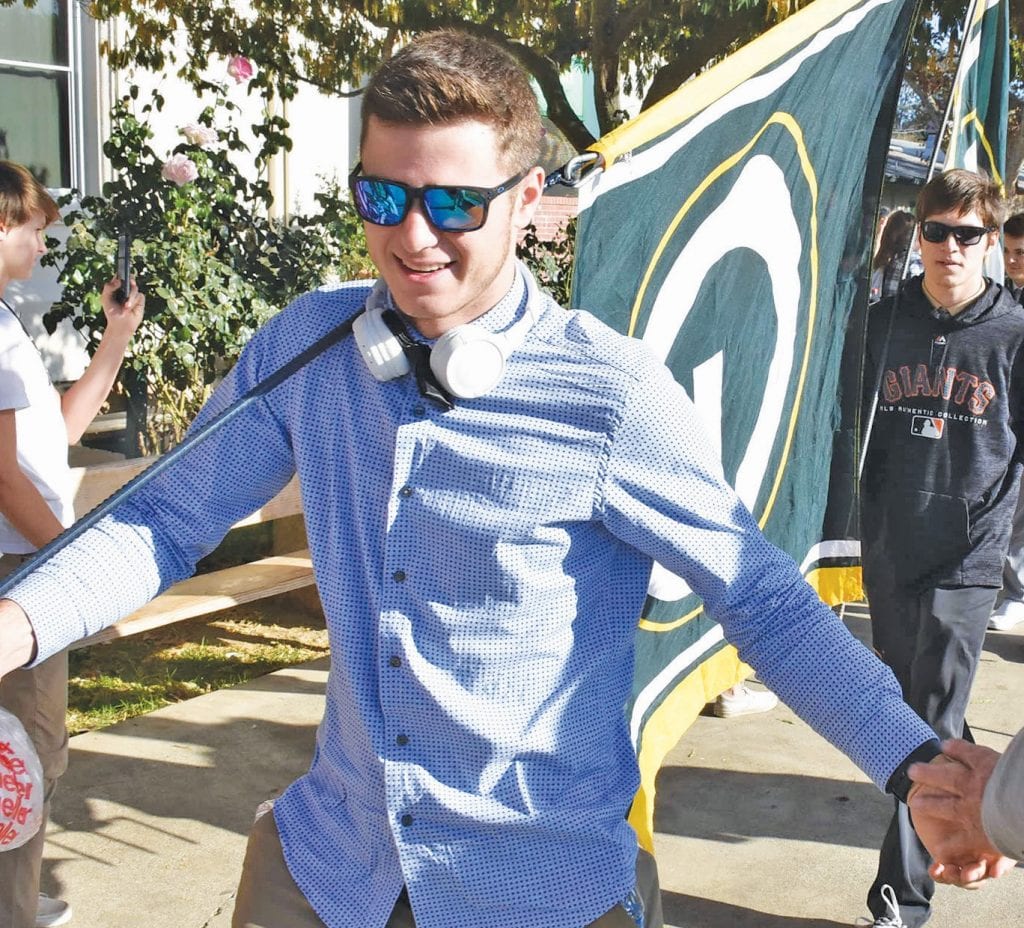 JC Davies is shown at a rally held on the MCHS campus, just prior to the players hopping on a bus to drive to the section title game for football. Photo by Matt Johnson

For the last few years, JC Davies has been one of the more athletic players on the Mariposa County High School football team.

Opposing teams knew they would have their hands full trying to stop Davies when he carried the ball, and also when he was on defense, patrolling as a linebacker.

It wasn’t until this year, however, that JC decided to try out for varsity baseball. He made the team and was looking forward to a fun spring season prior to graduating.

But Covid-19 put a stop to that. Baseball was brought to a close only days after starting.

But never fear: this question-and-answer session is one way of bringing a spotlight to Davies, hopefully to bring him some shine he would have received while playing baseball.

What do you miss the most about playing sports right now? “Sports keep me occupied throughout the day. I always have something to do and focus on, something to get better at. I miss the team and that bond — that family bond.”

Why did you decide to play baseball this spring after stepping away for a while? “I wanted to get back with my friends and try the sport out again. I hadn’t played it in so long. (Davies had played in the past.) I wanted to hang out with my friends one last season.”

Was it difficult picking the sport back up? “I felt a little more comfortable (as time passed).”

What do you think the potential of the baseball team was? “I think we definitely could have made it. We had the potential. I was waiting for the connection. We weren’t on the same page quite yet but when we would have reached it, it would be have been special.”

Who are you grateful for; who got you to this point in your life or in sports? “Definitely my parents. They’ve helped me. They’ve taken me to everything, I lived in Don Pedro when I started out playing football. I played in Hughson for six years. They drove me an hour every Tuesday through Thursday, and then obviously to the games. They definitely got me through the football part of it. But I’m also grateful for the pain in the ass people on the team. Those people and teammates make you an athlete, because they make you more of a leader. They make you try harder because they’re a pain in the ass and you have to work around it.”

What are your plans after high school? “I am going to get my general ed at Butte, with a bachelors degree in administration of justice. Then I want to go the California Highway Patrol academy and become a member of the CHP.”

Favorite athlete: Clay Matthews, NFL linebacker. “I always liked watching him. When he won the Super Bowl, that was the first time I watched football. I liked his aggressiveness and how he attacks each play.”