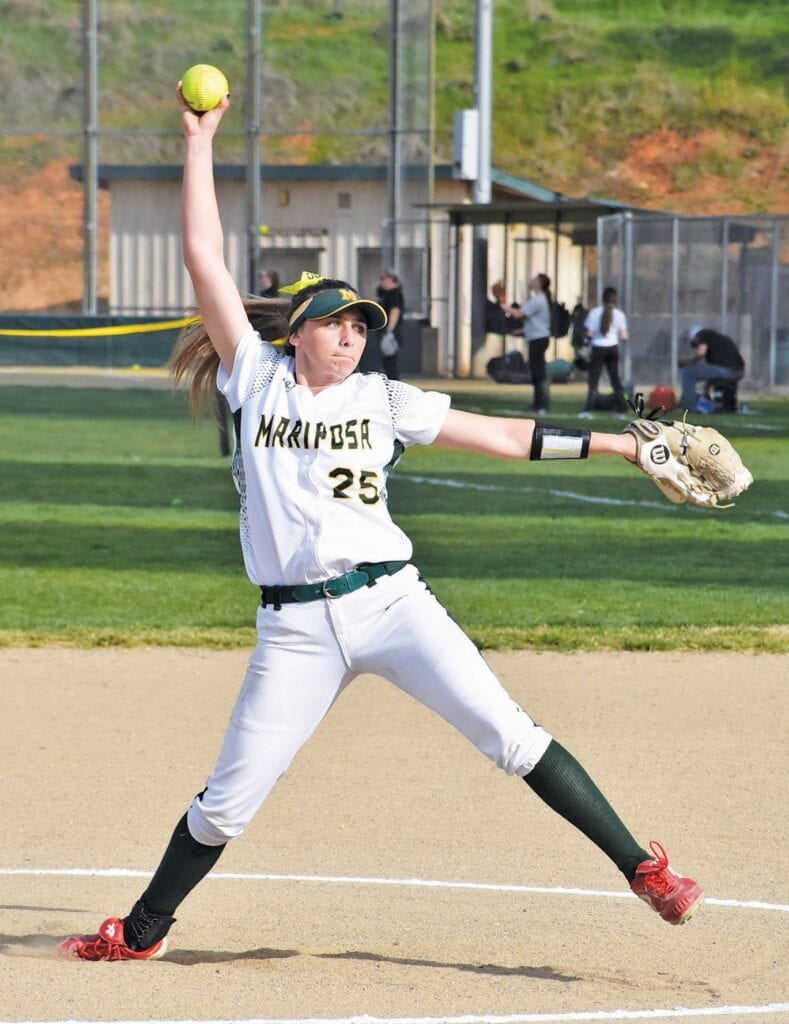 Brylei Pearson was a threat both on the mound and at the plate for the MCHS Grizzlies. She played varsity for all of her time in high school. Photo by Matt Johnson

Editor’s note: Over the past several weeks, the Gazette has been printing Senior Showcases, which are short biographies or highlights about senior athletes who had their final year of high school sports cut short due to Covid-19. This is being done as a way to pay tribute to these student-athletes. We hope you enjoy this feature. You can nominate a senior to be featured by emailing matt@mariposagazette.com. 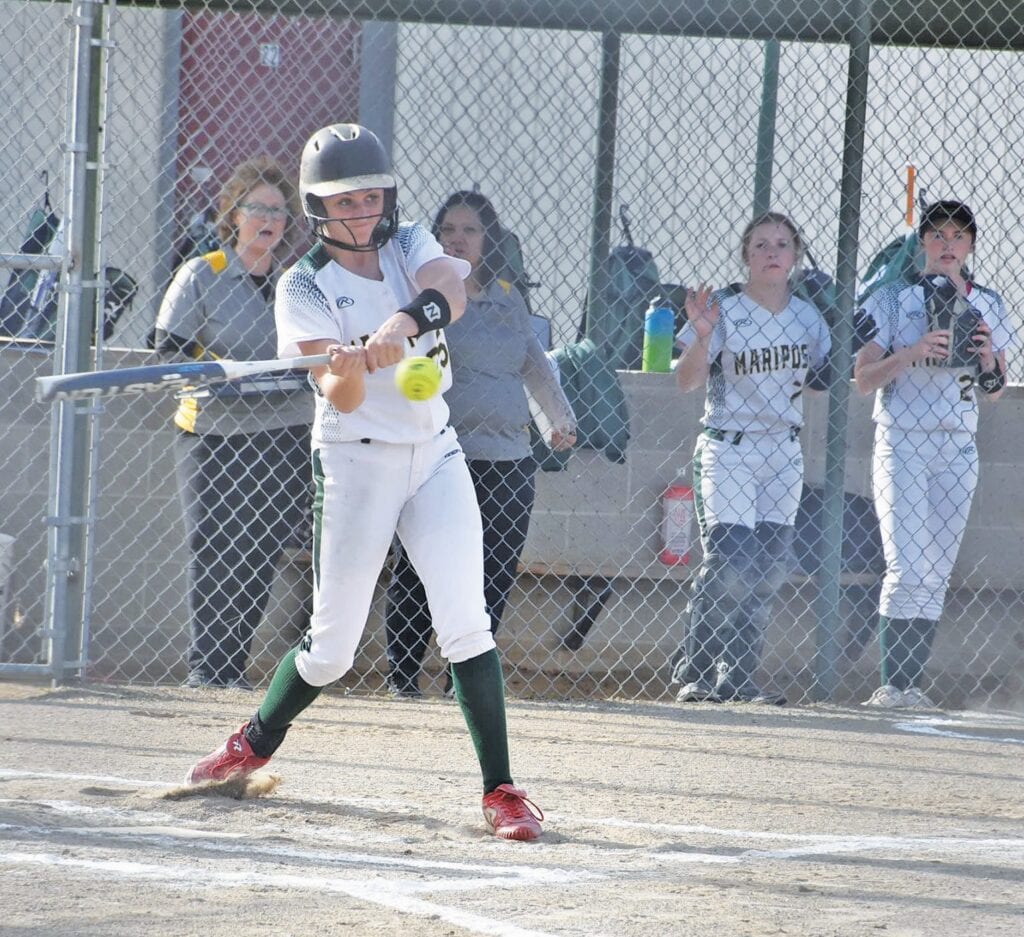 Brylei Pearson struck fear into opposing pitchers as a four-year member of the MCHS varsity team. Photo by Matt Johnson

She’s quiet, but don’t let that quiet nature fool you. Brylei Pearson is a beast on the diamond.

Pearson had her final softball season at Mariposa County High School cut short, but was expected to be a major piece of the team, as a pitcher, infielder and batter. She was batting .357 with 2 runs batted in and a double in four games. She also had a 2-1 record with a 1.91 ERA on the mound.

Pearson was named in January to the Gazette’s All-Decade Softball Team, which honored the top softball players over the years 2010-20.

She is a rare example of playing on the varsity team for four years. She made the team as a freshman in 2017 and has made it every year since.

How much were you looking forward to softball season? You were going to be a big part of the team’s success. I was trying to be a leader this year. I was connecting way more with the players than I have in the past. It’s just hard not being able to hit one last home run.

What do you think the potential of the 2020 softball team was, before the season was called off? I think we could have gone pretty far. We connected well and connection is a huge part of a team. I think it was just the fact we were all different and brought different things to the team.

Hobbies, aside from sports? I team rope. I’ve been doing it for three years.

What is your greatest accomplishment as an athlete? I think being on varsity for four years.

Who are you grateful for; who got you to this point in your life or in sports? Definitely all of my softball coaches. (Head coach) Tony Williams for sure. My parents Crystal and Robert Pearson, have definitely helped.

What are your plans after high school? I am going to go up to Feather River College (in Quincy, Calif.) and get on the rodeo team there.

What did you enjoy most about high school? Probably the ag program.