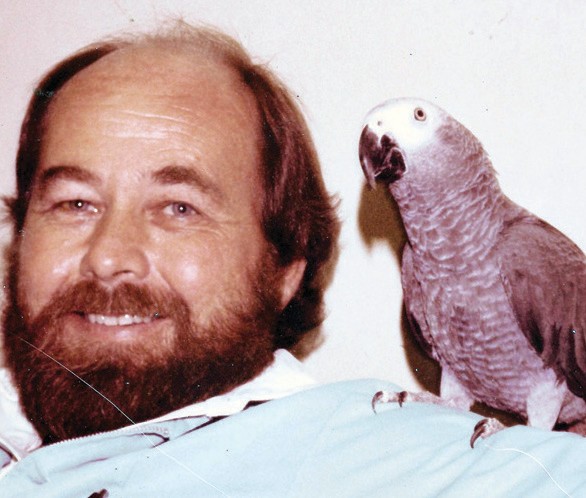 Dick Rosebrock was born in Indianapolis and grew up on the family farm where they were “truck gardeners” — raising produce which was trucked into the farmers’ market in the city early each morning.

He graduated with honors from veterinary school at Purdue University in 1973 and then came west to practice veterinary medicine.

Dick and his wife Lynne moved to Mariposa in 1978, and in 1979 they opened Mariposa Veterinary Service, the first full service veterinary hospital in the county.

Dick served the community in many ways. He served for more than 30 years as the county veterinarian and as the fair veterinarian. At fair time he would spend all four days at the fair overseeing the well-being of the animals. One year he had to euthanize one of the horses in the rodeo which had broken its leg… he was so upset.

He was a member of the Mariposa Ward of the Church of Jesus Christ of Latter-Day Saints. For more than 25 years, he was Mariposa’s Santa Claus. He enjoyed having the children share their Christmas wishes with him at school parties, church parties, private homes and at Yosemite Bank where two generations of Mariposa kids sat on Santa’s lap.

His companionship, his kindness and the twinkle in his blue eyes will be missed, but his family is grateful his suffering is over and feel blessed to have shared more than 40 years with a wonderful husband and father.

He did not wish to have a funeral, but asked that if people wished to remember him, they could do so with donations to the Friends of the Fairgrounds (Mariposa) at www.mariposafof.com or to the Irish Wolfhound Foundation at www.iwfoundation.org.