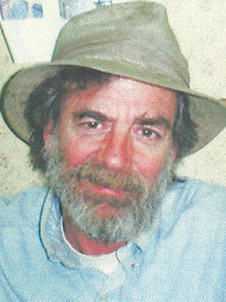 Richard Warren Shelton, age 73, passed away in his home on Jan. 11, 2021, after a long battle with cancer. He was surrounded by family and friends.

Richard is survived by his wife and best friend, Grannie Annie; step-daughter, Debbie and her husband, John Hicks; granddaughter, Aspen and her husband Daniel Howell and his great-grandson, Jenlin; father, Warren Shelton; sons, David and Ricky Shelton and daughter Kimberly and their children; brothers, Leonard and Charlie Shelton; three sisters, Mary, Lanie and Wendy; as well as countless friends who he considered his family.

Richard was a longtime resident of Catheys Valley where he served as a volunteer fireman for Station 23, going on to be captain. He worked at the Mariposa County Jail for many years after retiring from IBM in San Jose.

He gave freely of his time and talent. Richard enjoyed spending time with Anne, bike riding and traveling around the U.S. in their motor home.

He started up and ran the blacksmith club in Catheys Valley and was an active member of Catheys Valley Baptist Church. Richard’s favorite scripture was Ephesians 4:32, “And be kind and compassionate to one another. Forgive one another, just as God also forgave you in Christ.”

A celebration of Richard’s life will be held at 11 a.m., Saturday, Feb. 6 at the Catheys Valley Baptist Church, 4565 Cornetts, entrance CV.

In lieu of flowers, donations may be made to the Mariposa County Fire Department or Catheys Valley Baptist Church.

There will be a potluck for all after the service.