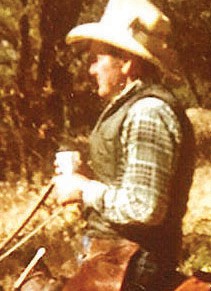 He was born in Calico Rock, Ark., to parents Aaron and Effie Sherrell who both preceded him in death. RC was the last living sibling of his family of four brothers and three sisters.

RC love to hunt, mainly for deer but also for bear. He also loved riding horses and doing his cowboy thing. RC enjoyed going to yard sales and even had several when he lived in Mariposa. RC also enjoyed traveling as long as he didn’t have to fly. In his early years, he enjoyed team roping, camping, fishing, boating and water skiing.