‘Rainbow Man’ Paul Vasquez has died at the age of 57 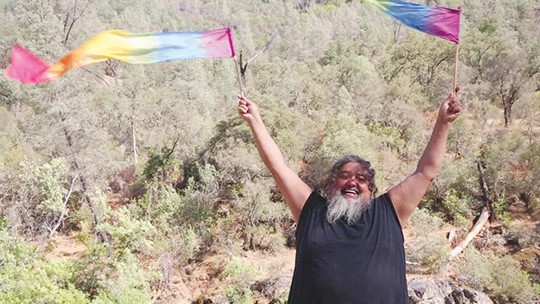 In July 2010, Paul “Bear” Vasquez broke the internet with his “Mountain Double Rainbow” YouTube video. The video, which captured his delight over a double rainbow appearing in the sky over Mariposa the previous January, would eventually receive over 47,000,000 views.

On May 9, Vasquez, 57, passed away from a non-coravirus related illness.

Though he found internet fame, and appeared on “Jimmy Kimmel Live,” in ads for Smartwater and Microsoft and even in a Delta Air lines in-flight safety video, he was known locally for his big heart, generosity, deep love of nature, sense of adventure and inspirational leadership.

Many community members took to social media following his death to pay tribute to him and share their memories.

National and state media outlets, including CNN, Fox News and the Washington Post, reported on his death.

As of press time on Tuesday, we had not received an obituary for Vasquez.