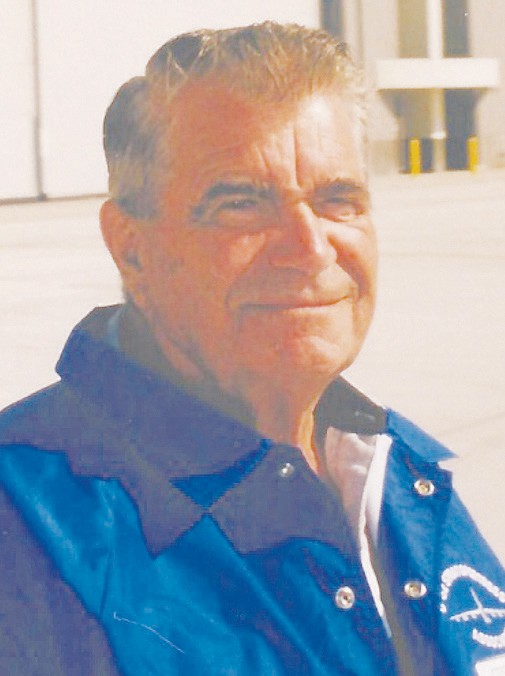 Peter served his country in the U.S. Army and Air Force for a combined total of 27 years. For his two years in the army he went to jump school, demolition school, weapons school and became an Army Ranger. Shortly after leaving the Army, Pete joined the Air Force. The Korean conflict took him to South Korea and he was stationed with three different units. He survived two plane crashes and astoundingly served two tours in Korea. He was sent to Taiwan on special assignment to engineer a rocket rack. His ability to invent a practical unit came to the attention of Gen. Groves and he believed Peter could useful for the newly created nuclear program. He needed six individuals and Peter was selected to be a part of this unique group.

On returning from Korea, Peter was stationed at March Air Force Base, and his assignment was B-47 avionics. There were over 100 planes Peter kept flying with the bomb wing. Peter was sent twice a year to Los Alamos to work with the nuclear program also.

The next assignment was Lincoln Air Force Base, Neb. with the 307th Bomb Wing working on and flying with the B-47. Peter was a close advisor to Strategic Air Command commander Gen. Thomas Power. Peter had yearly tours to England and Morocco. Also, that assignment put Peter in Duluth, Minn. for the Cuban missile crisis. The Air Force has a bombing competition held every year and is a prized event for airmen to attend even once, but Peter was able to attend every one during his career. In 1959 his unit won everything and came home with the Fairchild trophy. That is similar to winning the Super Bowl.

Peter then moved to the B-52 at Beale Air Force Base with the 456th bomb wing in California. A new plane and a new assignment to be superintendent of Avionics for the wing.

By the time he retired, he had achieved the rank of Chief Master Sergeant, the highest enlisted rank. Peter’s career took him to almost every country in the world.

After settling in Mariposa, Peter began a second career teaching shop classes at Merced College and later maintenance of the facilities plus he built the football stadium. For 20 years he traveled to Merced every week in Old Blue, his Ford Falcon. Many young people learned to troubleshoot and repair a variety of cars by the teaching and guidance of Peter.

Peter, whether he was known as Chief, Pete, Dad, Papa, Pop Pop, or Pop, was a man who made a difference.