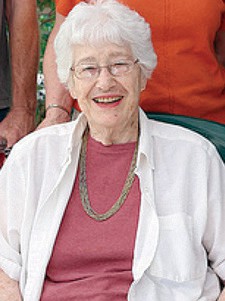 Patricia Ann Walliser surrendered her spirit to the universe peacefully on Aug. 30, 2019 with all of her children at her side.

Born to Thomas and Margaret Bates on Nov. 28, 1923 in Indianapolis, Marion County, Indiana. “Pat” lived a full life, often sharing many memories of her childhood on her grandparents’ farm in Illinois.

In her late teens and early 20s she worked at Fort Ord and lived in Carmel, Calif. Many of her friends were artists and poets who embraced the beauty of this lovely seaside community. At the end of World War I, Pat moved to San Francisco where she met her future husband John Walliser.

Pat was first introduced to Mariposa County when she worked in Yosemite Valley as a young woman. She and John moved to El Portal in 1953 with three of their five children. There were two more children who came along, both born in Yosemite Valley.

During her years in Mariposa, Pat raised five children, got her AA in Library Science at Merced Junior College, worked at the Mariposa County High School as the school librarian and then opened her own book store, the Book Connection, which she operated for 20- plus years in downtown Mariposa.

Pat was preceded in death by her husband of 40 years, John, and her son, Edward.

A mass celebrating our mother’s life will be observed at St. Joseph Catholic Church in Mariposa on Sept. 21 at 1:30 p.m. with a reception to follow in the church hall. In lieu of flowers, please make donations to the John C. Fremont Friends of Hospice or Mariposa Manna House.