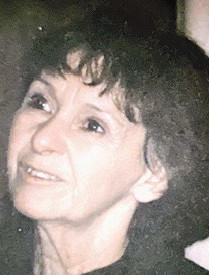 She was a devoted wife, mother, grandmother, great-grandma, confidant and a friend with traditional family values and an abundance of faith and love.

She was born in Chanute, Kan., on July 23, 1937 to Edward and Zelda (“Dee”) Dannelley and was married to Ernest “Ernie” Gray Depew on Sept. 29, 1956. She was the middle child of three, with an older sister, Barbara, and younger brother, Robert (“Butchie”). They moved to Sunland, Calif., around 1950, and she attended church and high School in Burbank, Calif.

She enjoyed playing cards, gardening, reading her Bible and listening to music, especially Frank Sinatra and Hymns of Faith. She was a gifted fine-art pen and ink artist who specialized in miniature paintings of flowers and other nature scenes, and was an exceptional seamstress who mended many a torn pocket or knee, reattached coat buttons, sewed beautiful dresses, fashioned colorful Indian Guides costumes, handmade window coverings and valences for entire houses and even designed and glued neoprene wet suits for her husband and children during the 1960s and 70s. Patricia was an active PTA member and made her children proud with her creative contributions, e.g. she crafted big flowers that were used to decorate the cafeteria, etc.

She was a great cook, despite having lost most of her sense of smell from injuries sustained while horse-riding years after she probably should have given that up. But she loved horses, and believed that through faith any obstacle could be conquered — “All things are possible through Christ.” Her last horse was named Mr. Midnight, whom she kept while living on a private ranch in Los Osos, Calif., during the 1980s an 90s. When she finally chose to heed her doctor’s warnings to stop riding, she found a kindred horse enthusiast, Kimberly Tangorra, who adopted Mr. Midnight and cared for him for the rest of his life.

In the late 1960s and 70s, she attended the Church of the Living Word in Granada Hills, Calif., with her three children, where she volunteered countless hours in their printing and publications office, the Blix House. The books and pamphlets they produced supported a rapidly expanding global outreach ministry, with affiliates from Utah to Brazil.

She had many friends at the Church including Betsy Gower, Myrna Oswald and others who thrived together in the spiritual sermons and messages of Pastor John Robert Stevens and a large number of elders, deacons and other supportive members. The Church of the Living Word was a non-denominational protestant organization that practiced many faith-based sacraments like the laying on of hands, discerning of spirits, prophesying and speaking in tongues. The energy and enthusiasm of the congregation was infectious, especially during the celebration of orthodox holidays such as the Feast of Tabernacles, Passover and, of course, Easter. Her parents, Edward and Zelda Dannelley, also attended the Church off the Living Word during the same period.

She was preceded in death by her father and mother, Edward and Zelda Dannelley; brother, Butchie Dannelley; and husband Ernie Depew

She is survived by her three children: Kellyn Zimmerlin, Jill Kathleen Depew and Alana Depew and their families. During the last years of her life, Jill Depew became more than just their daughter; she was their dedicated caregiver, helping Patricia and Ernie — until he died in July 2018 — with day-to-day household activities and chores, comforting them and providing a constant family presence of love that eased their suffering and made it possible for both to remain in their own home as long as possible.

Ernie’s final hours were spent at home where he was most comfortable and wanted to be. Patricia was able to live in their home until about May, 2020, when she had to be hospitalized for pneumonia. By the time she was discharged from the hospital, other health complications necessitated she receive skilled nursing care from well-trained professionals, so she was transported to Cedarbrook Memory Care in Fresno, Calif., where she continued to experience rapidly declining health until her death. She was 82 years old.