Part IV: The beauty of Arizona and a strange desire about Bakersfield 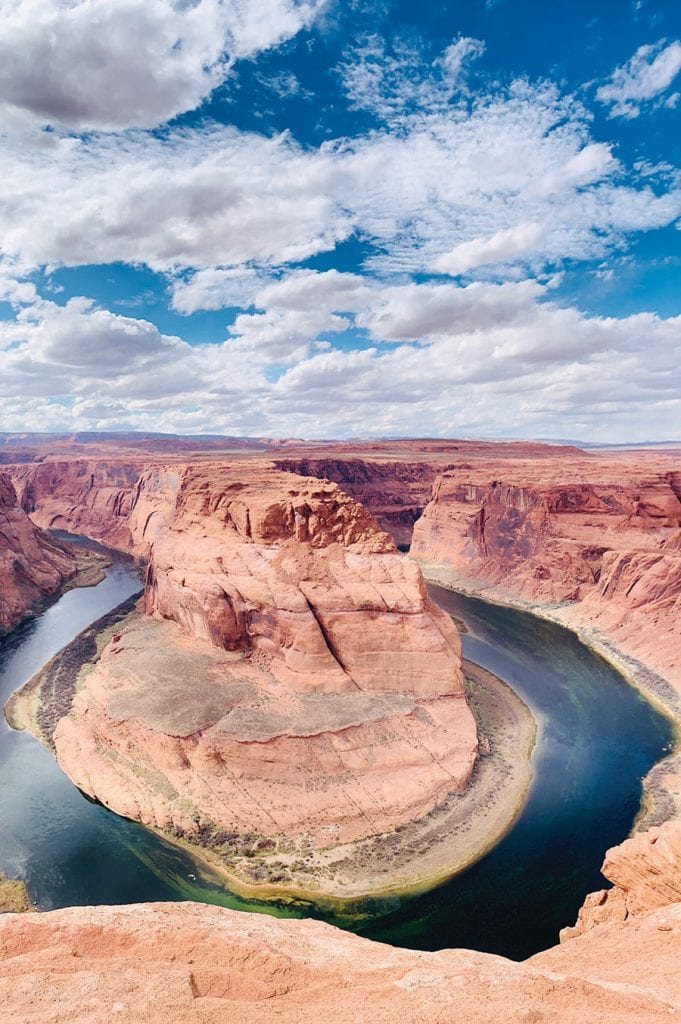 Shown above is Horseshoe Canyon in Arizona, one of the stops made by the author on his trip around America. A left is the author deep inside Slot Canyon. Submitted photos

I have spent the majority of the past 19 years indoors with the blinds drawn and the fluorescent lights flickering overhead. I am a high school teacher and I actually have two classrooms.

In room one of the main building I teach English and in the auditorium I teach drama. And these two rooms are just down the corridor from each other so when I am in production directing a musical or producing a talent show I will often arrive to school around 7 in the morning and leave at 6 in the evening without ever stepping outside.

Of course, there are windows but they look out on the main driveway where constant distractions drive up and walk by. I learned long ago to keep the drapes closed so that I didn’t lose my students’ attention. They get excited about the UPS truck. About a squirrel. If it looks like it’s going to rain. Once it starts to rain. Once it has stopped raining.

I often joke that even if I was juggling chainsaws I would only have their attention for a few moments. Unless of course I cut off an arm. Then I might hold their attention a little bit longer. Until the ambulance arrived; and then, of course, that’s all they’d want to focus on.

I am not what you’d call the outdoor type. I have been known to burn in full moonlight. John Steinbeck drove across the country in a converted camper truck called Rocinante. Early in his travels he spent the night in a sanitized plastic hotel room and was so depressed by it that he chose to go out to the parking lot to sleep in his truck.

And while I love a plush hotel room with a fluffy white robe in the closet and tiny bottles of shampoo and conditioner, on this trip I have enjoyed being outside. Every day I get to see the sun. It’s glorious. My eye strain has disappeared, I find myself wearing my glasses less and less, and I just feel good. Better than I have in a long time.

Of course I’m seeing things that I could never see from the comfort of a hotel room or the safety of my SUV. In Page, Ariz., I went on a tour of Lower Antelope Canyon. I’d always marveled at online pictures of the slot canyons with their hypnotic curling orange walls but no fancy camera or high definition screen can do them justice.

As my Navajo guide Jovan led me through the sacred canyon, it felt like a religious experience. He told me about musicians who would sometimes come and play traditional Navajo music in the canyons, the flutes and drums reverberating against the sandstone.

He explained that entering the canyon as a Navajo is meditative, like church. I was intrigued and wanted to know more, but the children on the tour looked bored so he pointed out a rock that looked like a Storm Trooper and we moved on.

Jovan had recently graduated from high school and had never really traveled off the reservation. At the end of the tour I told him about the Miwuk Indians of Yosemite and how the national park also feels like a cathedral to me. I thanked him for sharing this place with me and invited him to come and see Yosemite. He got a faraway look in his eye and said, without even the smallest hint of irony, “I’ve always wanted to see Bakersfield.”

I got in my car and drove to Monument Valley… but even a week later I’m still kicking myself for not asking a very important question. Why Bakersfield?

Follow along as I travel to all 50 states in celebration of the 60th anniversary of John Steinbeck’s “Travels with Charley.” More information at UnitedScenes.com or follow the journey on Instagram @UnitedScenesofAmerica and on Twitter @UnitedScenes.

And as Steinbeck said: “We find after years of struggle that we do not take a trip, a trip takes us.”

Bryan Starchman is an English and drama teacher at Mariposa County High School. He is taking a sabbatical to take an adventure across the United States. He will be writing regular columns about his adventure.