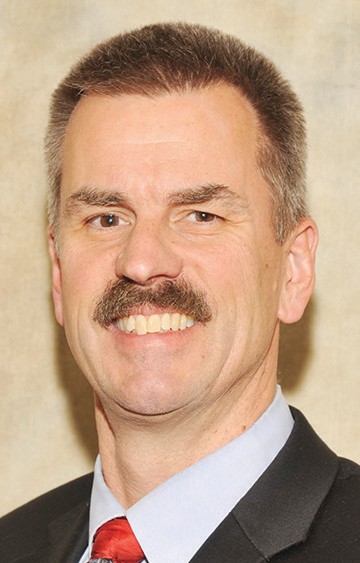 A 22-year-old man has tested positive for Covid-19, according to county health officials.

“That person was tested at the OptumServe site (county testing facility),” Sergienko said.

The man is employed outside of the county, and according to officials, it appears as though he acquired Covid-19 as part of a workplace cluster in Stanislaus County.

“It was recognized by the employer that they had a workplace cluster, and that employer asked that all of the staff go home, quarantine themselves and get tested,” said Sergienko.

At this moment, the man remains in isolation and will be monitored on a daily basis. A contact tracing team determined that due to his self-quarantine, there are no known contacts.

“That person had been appropriately in quarantine after the time he got tested,” Sergienko explained. “That person will be out of isolation if they continue their course, by the 21st of June.”

As far as the region goes, Sergienko said there has been an uptick in cases in Stanislaus and Fresno counties.

“Both of those are seeing community transmission and they really are no longer able to do any effective contact tracing,” Sergienko said. “Specifically in Stanislaus County — I talked with their health officer — and they are getting a lot of workplace associated outbreaks.”

At this time, there is no evidence of community transmission inside Mariposa County. Still, officials continue to emphasize the importance of staying vigilant when it comes to following health guidelines.

Sergienko said he is encouraging everyone to remember the basics when it comes to staying safe during Covid-19.

Testing continues to take place at the old middle school facility on Silva Road, which is being referred to as the OptumServe testing site. That testing is free and a doctor referral is not required. However, tests are done by appointment only.

You must register for an appointment before arriving to the facility at 5171 Silva Road. To sign up for a test, visit Lhi.care/covidtesting or call (888) 634-1123 for more information or to make an appointment. Testing officials ask for insurance information, but the state is paying for any deductible, so there is no cost to anyone getting tested.

Sergienko then shifted his focus to Yosemite National Park, where the gates reopened last week after several months of being shut to the public.

Yosemite reopened on June 11 and is using a reservation system to allow a smaller amount of guests into the park.

The concern is that reopening the park could lead to several guests from outside the county, from areas of higher transmission.

Lodging establishments are also under the magnifying glass, so to speak.

A health order was implemented recently, following California Department of Public Health (CDPH) guidance. The order mandates a 24 hour rest period between the time lodging is vacated and housekeeping personnel comes in to clean.

Sergienko commented on that order, now that it has been in place for a week.

“I recognize the burden that presents to lodging owners, but I feel it is a prudent measure, based on the fact we are inviting people from the Bay Area and L.A., where we are seeing an increase in cases. The pandemic has not gone away,” Sergienko said.

Sergienko said people “will be” vacationing in Mariposa County, which will increase the chances of spread. He did say that days from now, officials will look at the latest data and determine whether the 24 hour “hold” could be rolled back to three hours.

“We will look at our data of one incubation period and two incubation periods (from now) of 14 days and 28 days and see if we’ve had a change in disease transmission. If we haven’t, we may be able to step back the 24 hour hold to a three hour hold,” Sergienko said.

Sergienko said he isn’t endorsing the three hour time period, because if that three hour period is decided upon, one caveat is that cleaning personnel will be mandated to use personal protective equipment (PPE).

“It requires an N-95 respirator,” Sergienko said. “I would rather have them available for healthcare workers, and keep housekeeping staff protected by that 24 hour period.”