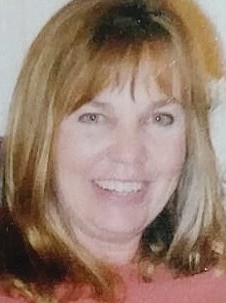 Nancy Lee Carroll passed into the arms of her Lord and savior surrounded by her family, including her sisters, at home in Copperas Cove, Texas, on Sept. 14, 2021.

Nancy was born on Oct. 26, 1951 in Brawley, Calif., to W.J. and Marion (Zinn) Rosenbaum. She grew up in El Centro, Calif., along with her brother and four sisters with a large extended family of aunts, uncles and cousins on both the Zinn and Rosenbaum sides.

Nancy graduated from Central Union High in 1969 and held several jobs in El Centro before moving to Prescott, Ariz. Nancy married Allan Carroll on Sept. 11, 1976, and had many adventures together while living in the Imperial Valley and gold mining in Alaska where she was the camp cook.

Nancy and Allan moved back to California where they lived in Mariposa for 37 years, also living in Prunedale part of the time. She held several jobs while living in Mariposa doing bookkeeping and secretarial work, the longest being the office manager for Mountain Christian Center in Oakhurst.

She was a longtime CASA advocate in Mariposa and was still in contact with several of her CASA kids years after they were grown. Her caring nature led her to rescue older dogs to live out their remaining years in a loving home.

Nancy and Allan wanted to move to Texas to be near their son Robert and his family; moving there in April of this year.

Nancy was preceded in death by her grandparents, parents, brother, Leslie, and in-laws Woody and Margaret.

She is also survived by her sisters Rilla (Frank) Zaccone, Kittie (Henry) Salisbury, Iris (Mark) Stoner and Dana ( Jack) Hettinger along with their families; and many cousins and friends.

Nancy will be remembered for her outgoing personality, her great sense of humor and her quick wit; along with being a wonderful wife, mother, sister, aunt and friend.

“Nancy Rosenbaum Carroll” is the Facebook memorial page to view and to leave condolences.