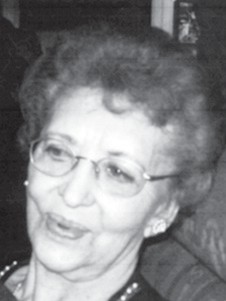 Muriel Lorraine Ouellette Powers of Mariposa died at her home with her family on Dec. 17, 2020.

She was born on July 6, 1925, in South Grafton, Mass., to Leon and Louise Ouellette. Muriel married James Powers in Whitinsville, Mass., on Sept. 2, 1946. She grew up in South Grafton and graduated from Wards Business College in Worcester, Mass. Later, she went back to college and earned a certificate in interior decorating and fine arts.

Muriel was a stay-at-home mom for 21 years. In 1968, with the help of her late husband, she opened a wholesale/retail antiques shop in Covina, Calif. James and Muriel were in business until 1975 when they decided to retire.

In 1976, she and her husband purchased land and built a home in Mariposa. Muriel worked as a courthouse tour guide for several years before working as executive secretary/curator for the Mariposa Museum and History Center. There, she organized and set up a research room at the history center and helped many authors with their research.

In 1988, she received and invitation from California Secretary of State Gregory Schmidt to visit and rummage through the attic at the state capitol. She also received a thank you from Sidney Armus Productions of Theater 22 of New York for helping them choose the right clothes for their production of “The Girl of the Golden West” by David Belasco.

In 1988, she received a resolution from the Mariposa

County Board of Supervisors and was honored as a “Citizen of the Week” by the Mariposa Gazette. She also received personal congratulations from Sen. Dick Monteith and Rep. George Radanovich for her work on behalf of the Mariposa Museum and History Center.

Muriel, along with her husband and Terry Travis, started the “Big Band Dance Club.” The dance club was a success for many years.

Muriel served on the Friends of the Library Board for many years and also served as a volunteer at the library. She was a member of the Yosemite Ya Ya’s, the Yosemite collectors and Historical Club and the Marge Mueller Hen’s Club.

Muriel loved to travel and toured many American states. She also toured Canada and many European countries as well as China and Thailand.

She loved spending time with her eight grandchildren, when they were growing up, and later her 19 great-grandchildren. She was overjoyed to be able to meet her great-grandson.

At her request, a private family service will be held at a later date.