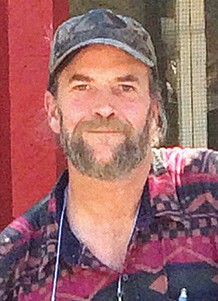 Michael Robert Falloure was born on May 27, 1961 in Santa Monica, Calif. His parents were Robert and Jacqueline Falloure. Sadly, he passed away much too soon on July 14, 2020 at the age of 59 years.

Michael attended and graduated from elementary and high schools in Southern California. He was a So-Cal guy born and bred; then, he discovered the hills, rivers and creeks of Northern California, particularly those of Mariposa County. Mike had loved treasure hunting ever since his fifth birthday party when his parents buried sparkly trinkets in the sand at Playa Del Rey and let the party goers and birthday boy follow the map to discover wonderful loot. Michael was hooked!

As an adult, he arranged to travel from L.A. to Mariposa on every vacation, often staying at the KOA where he later worked after relocating to Mariposa. Mike learned everything he could about prospecting for gold, and developed a deep appreciation and knowledge of rocks and minerals along the way. When he became owner of Dial’s Rock Shop in Cathey’s Valley, he thought it was a dream come true.

Unfortunately, as brilliant as his mind was, it was also very troubled. He was plagued by alcoholism and addiction, which caused him to make many poor choices. Despite that, he was truly a beautiful human being, full of adventure, curiosity, kindness, and love.

Michael was preceded in death by both of his parents and all of his grandparents, as well as his uncle, Bill Falloure, aunt, Pat Provan and dog Bugsy.

Due to Covid-19, memorial services will be postponed. For those who accepted and loved Mike for who he was, please honor him with acts of kindness. Go outside, say a prayer, share a memory, drink a Mountain Dew! Rest in peace, Michael.