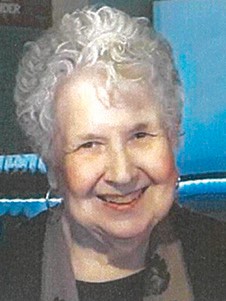 She was the granddaughter of Minnie (Trabucco) Roller of Bear Valley, who married and moved to Tulare, Calif.

In her early years, Patsy grew up on her grandparents’ ranch in Alpaugh, Calif., where her love of animals was fostered. From an early age, she had the amazing ability to nurse any injured or stray animal back to perfect health.

After graduating from Tulare Union High School, Patsy went to work for the city of Tulare as a social officer and then a meter maid, before transferring into her position as secretary to the city manager.

After relocating to Spring Lake, Mich., in 2017, Patsy again picked up the mantel of nurturing animals. Her patio always had a menagerie of squirrels, birds and chipmunks, that she and her kitty fed daily and observed. When she opened her blinds in the morning, her audience would be waiting for their meals. She especially loved the brilliance of the cardinals.

Patsy was known and loved by all at her retirement community at Lloyds Bayou. She usually assumed the responsibility of the “welcome wagon.” She always introduced herself to newcomers and rarely let them sit alone. She had the ability to remember everyone’s names and their stories. She especially loved “dinner with the girls” and her shopping outings.

In addition to her parents and beloved husband, Patsy was preceded in death by her son-in-law, Michael Thompson; and brother-in-law, Johnny Lawrence.

Per her wishes, no services will be held. A private interment has taken place at Spring Lake Township Cemetery in Spring Lake, Mich., next to her beloved husband, Joe.