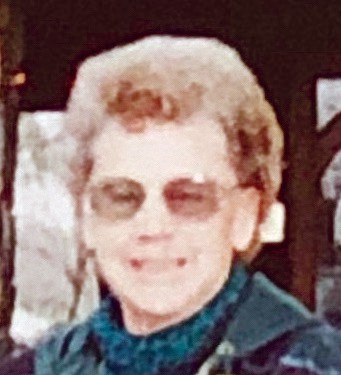 Marlys Martin went home to be with the Lord on Aug. 7, 2019. She passed away peacefully at home. She was 88 years old and had lived in the Don Pedro area since 1973.

Marlys was born in Dodgeville, Wis. on Oct. 23, 1930 to Ben and Anna Julson. She lived on her father’s dairy farm with her family which included three brothers. She graduated from high school in 1948.

When she was 21, Marlys married Robert Gailenfeldt and had a daughter, Jacalyn. Marlys became a widow on May 20,1953, when Robert was killed when a jack gave out and a car fell on him.

She eventually moved to Yerington, Nev. to be with her parents who had moved there earlier. Her dad built a roller rink where she taught roller skating. She still has her roller skates.

It is here that Marlys met and fell in love with Hugh Martin and they were married on Nov. 4, 1955. Hugh started working for the State of California Forestry Department so the family moved around a lot. Marlys was a loving wife and mother, involved in the communities she lived in.

Marlys moved with her husband to Don Pedro area in 1973, where Hugh worked at the Coulterville Forestry Station.

She loved her church (Coulterville Community Methodist Church) and her church family. She was very involved in church activities. She was in charge of the mashed potatoes at the monthly roast beef dinners. Marlys loved the Lord and it showed in her life.

She loved to ride her horse around Don Pedro and was a member of the Greeley Hill Saddle and Trail Club. She spent many weekends riding with friends on trail rides. She was also deeply involved in the equestrian/ hiking trails systems in Don Pedro area. She also attended equestrian seminar courses at University of California Davis and Merced Junior College.

She became involved in working with the kids in the 4-H horse projects. She loved teaching kids how to ride and care for their horses. She helped with horse shows and overnight camp-outs.

She worked at the Don Pedro Elementary School for 10 years.

She started the Northside Pet Connection which is still going strong. She had lots of yard sales to support the Pet Connection efforts. She loved her horses, dogs and cats. And she also fed lots of hummingbirds.

She had an interest in writing and attended college classes for creative writing, where she excelled and earned A’s.

Marlys loved to read and loved her animals. She loved vanilla ice cream and taking care of her flowers.

Marlys is survived by her daughter, Jacalyn Martin and her brother, Don Julson. She will be greatly missed by friends and family.

A service will be held on Sept. 7 at 11 a.m. (pot luck) at the Coulterville Methodist Church.