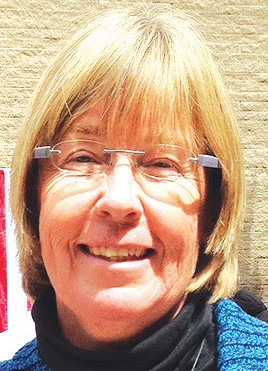 Marjo had a happy childhood filled with laughter. Family travel throughout Europe each summer sparked Marjo’s curiosity for travel early in life. She enjoyed time shared with her grandmother and her beloved aunt.

Attending secondary school she began her lifelong passion for politics. Though opinionated about various subjects, she was always fair. Upon graduating, Marjo traveled Sweden and Denmark, and left soon to the U.S.A., settling finally in Mariposa, later splitting her time between there and Bend, Oregon, always proclaiming that California was her favorite. She forever kept pockets of very dear places and friendships, throughout Europe, Canada and the U.S., always keeping strong ties to Finland.

Marjo married John Goodwin when settling in Mariposa in 1987. John passed away 1996. Marjo’s dear companion, Don Corn, died in a plane crash in 2014 in Mariposa. Through these hardships, she remained forever positive.

Marjo respected her own independence, and few people knew her entire life story. She fought for the weaker, especially the elderly and their rights, and was a warrior with Green Peace, shipping out on many missions. She skied the slopes of Badger Pass serving a few seasons as an instructor; spent many years working in Wawona; appreciated nature, animals and life; was an avid reader, and wanted to solve the problems of the world with her friends. On May 20, 2014 she proudly became a U.S. citizen. Though she could play very hard, in her heart she was soft and warm.

Over many years Marjo’s wish was to return to Finland, but her dream became difficult to implement after 33 years in the U.S.A. She is remembered on both sides of the ocean by her trusted friends and sister and brother-in-law, Riitta with Frank, who survive her.