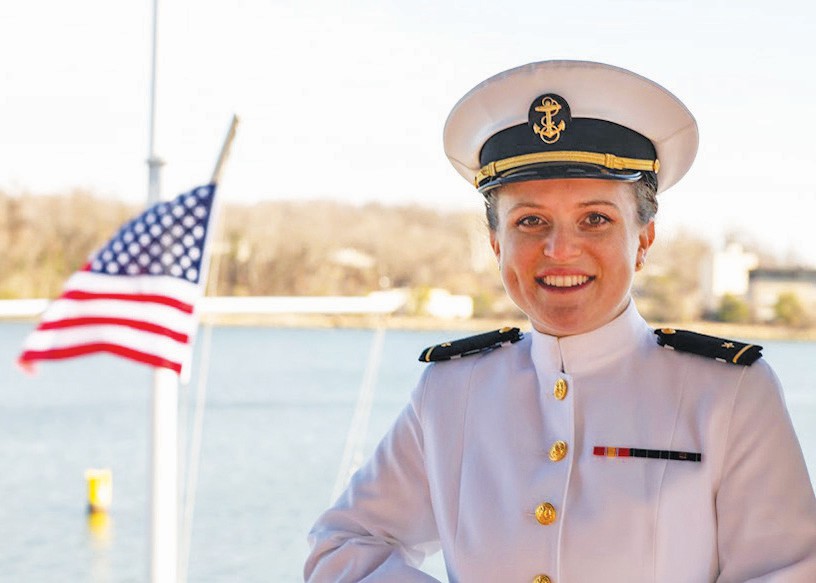 “Ginny” Kelsey is graduating from the U.S. Naval Academy on May 22, with a bachelor of science degree in quantitative economics and a commission as a U.S. Navy Ensign.

Kelsey will then report as a surface warfare officer aboard the USS Makin Island, in San Diego.

She is a 2015 graduate of Mariposa County High School.

At the academy, Kelsey was a member of the U.S. Naval Academy softball team.

Founded in 1845, the U.S. Naval Academy today is a prestigious four-year service academy that prepares midshipmen morally, mentally and physically to be professional officers in the naval service.

More than 4,400 men and women representing every state in the U.S. and several foreign countries make up the student body, known as the Brigade of Midshipmen.

U.S. News and World Reports has recognized the Naval Academy as a top five undergraduate engineering school and a top 20 best liberal arts college. Midshipmen learn from military and civilian instructors and participate in intercollegiate varsity sports and extracurricular activities.

A banner honoring Ginny Kelsey and her sibling, Seth Kelsey, was created by their mother recently. Submitted photo

They also study subjects such as leadership, ethics, small arms, drill, seamanship and navigation, tactics, naval engineering and weapons and military law. Upon graduation, midshipmen earn a bachelor of science degree in a choice of 25 different subject majors and go on to serve at least five years of service as commissioned officers in the U.S. Navy or U.S. Marine Corps.

The Brigade of Midshipmen is comprised of approximately 4,400 students from every state in the union. Each year, approximately 1,200 young men and women are admitted to the Naval Academy’s incoming class.

The academy’s more that 81,000 alumni include one president, 21 members of Congress, five governors, 73 Medal of Honor recipients, two Nobel Prize winners, 52 astronauts, and 4,000 admirals and generals.