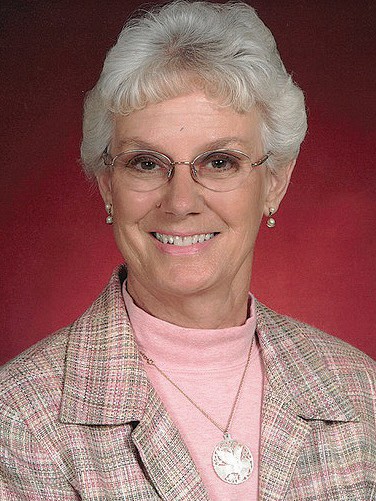 Marian “Meg” Gould Clark of Mariposa died at the Community Regional Medical Center in Fresno on Dec. 23, 2018, after a short respiratory illness. She was 81.

Meg was born on July 9, 1937, in Monterey, Calif., to William and Ruth Gould. She graduated from San Jose State University with Masters Degrees in education and music in 1969.

Meg taught elementary school in the Mountain View School District for many years until she retired. She married Richard Clark in 1988. The couple lived in Sunnyvale until moving to Midpines after retiring. They subsequently moved to Mariposa to the Idle Wheels community where they found a home.

Music was at the center of Meg’s life. She played piano, organ and cello, and shared her gift with others. She was one of the organists at Mariposa United Methodist Church, played duets with Beth Tomsick, with Meg on cello and Beth on flute, and was a part of the chimes choir. She served as a substitute organist at Mariposa Lutheran church in 2018.

Meg also played in a chamber music group, which brought her great joy. Meg even once built a harpsichord from a kit. She was especially fond of Bach and regularly attended the Carmel Bach Festival with her sisters Thelma and Christine and their husbands.

She was preceded in death by her parents and her husband, Richard. Meg is also survived by six stepchildren. One, Jeffrey Clark, resides in Merced.