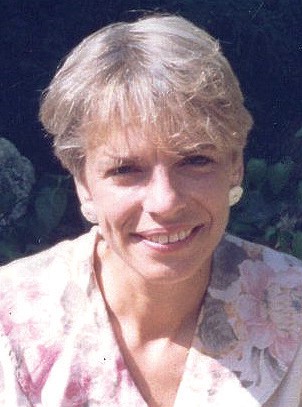 Marcia was a talented artist whose creativity and flare spanned across everything and everyone she knew.

She was born in St. Paul, Minn. on Feb. 22, 1956. Her life was one of intention from the very beginning – starting with the list of parental attributes her biological mother prepared for the adoption agency to screen the family that raised her, Mel and Muriel Conley. She went on to create a well-intentioned life with space for learning, love and artistic expression.

She graduated from the University of Minnesota with a bachelor’s degree in graphic arts. In 1981, she moved from Minneapolis,

Minn. to El Portal, Calif. with Jack Koenen. They lived in employee housing at Yosemite Parkline along the Merced River. In 1990, she married Jeff Kile. They lived in Mariposa where Marcia worked as a freelance artist for Grace Note Chimes. Marcia and Jeff later opened a spin off company, Garden Grace. In 1994, their only child, Holden, was born.

She was intuitively aesthetic and her art was multifaceted — she was a designer, stylist, illustrator, graphic artist, collector and gardener. Her childhood craft of making cards evolved into a job designing cards for Hallmark. Her designs were engraved into slate tiles that were sold locally in Mariposa as well as in Yosemite at the Ahwahnee. Later, she became an antique and collectibles dealer. Her deep thoughtfulness was combined with a special ability to notice value in objects and ways to help others. Many benefited from her grace and gifts.

It was always a pleasure to be with Marcia as well as to spend time in the spaces she designed and decorated. Her home was also a comfortable habitat for many well-loved and well-cared for dogs and cats. She was one of a kind and will be greatly missed.

Services will be held at a family member’s home in Hunter’s Valley on Sunday, Sept. 22 at 3 p.m.