Mankins honored as one of Brady’s best teammatesFree Access 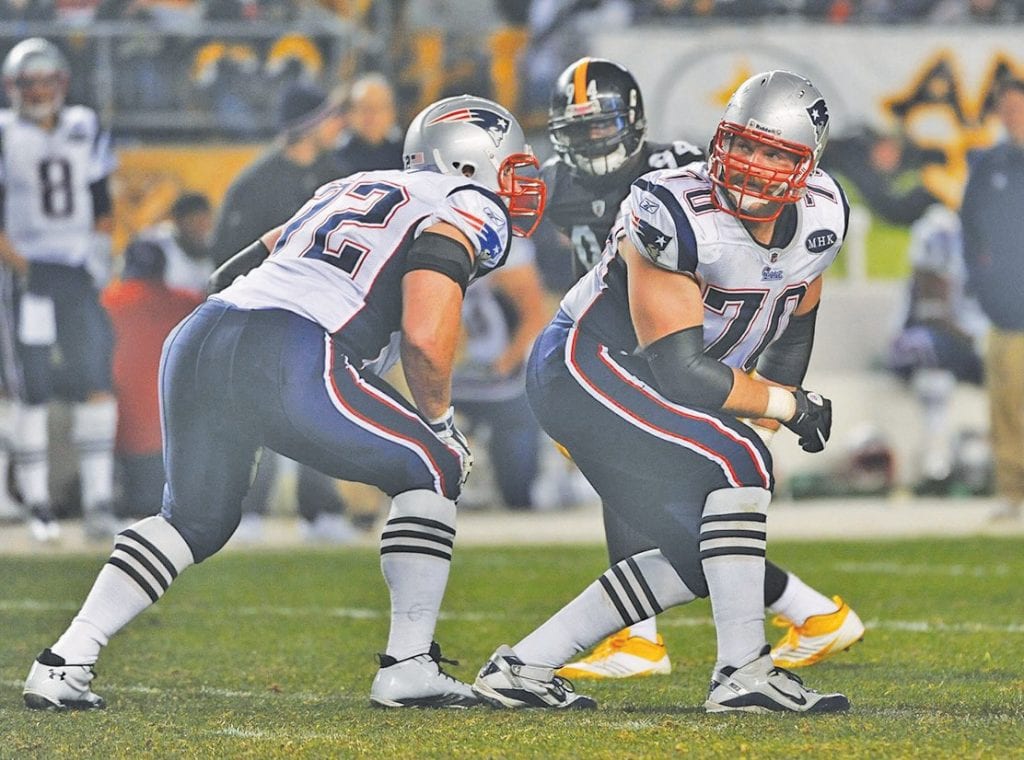 Logan Mankins — a Catheys Valley native — was recently included in one sportswriter’s list as one of Brady’s top teammates. George Gojkovich / Getty Images

It’s going to be a strange sight for football fans this fall (assuming the nation gets a handle on the coronavirus).

Instead of seeing Tom Brady in his normal New England Patriots uniform, fans will see him in completely different colors.

Brady is trading his red, white and blue Patriots jersey for a black, white and red Tampa Bay Buccaneers jersey.

With the free agency period opening around the NFL, Brady left the Patriots — the team which he built a spectacular career with — to quarterback the Buccaneers. It was a shocking move that could go down as one of the biggest news splashes in league history.

Brady is considered by many as the greatest quarterback of all-time. He holds numerous records and has won six Super Bowls. He is a sports God in New England, which made the move so shocking and sad for fans in that region.

It’ll be interesting to see if Brady and the Buccaneers can qualify for the playoffs this coming season. The Bucs have some weapons around Brady, with Mike Evans, Chris Godwin and O.J. Howard more than capable of making big receiving plays. The defense will have to improve, and the running attack will likely also need to become stronger in order for the Bucs to become one of the NFL’s elite teams.

And then there’s the question about Brady himself. Last season, he started to show signs of aging, and he was no longer one of the statistically elite quarterbacks in the league. Time will tell how the aging Brady integrates himself in Florida.

In the meantime, with the sports world quiet due to the Covid-19 (novel coronavirus) shutting down games, many national writers are looking for new angles to write about.

One such article was written recently by a writer from The Athletic, a new online sportswriting subscription service.

The story, “The All-Tom Brady Era Team: Our 53-man roster of the Patriots’ best,” was written by Jeff Howe on March 18.

The article opened: “Tom Brady’s departure from the Patriots closed the books on perhaps the greatest era in sports history.

“All that he and the Patriots accomplished together may never be matched, at least almost certainly in the NFL.

“Naturally, Brady didn’t do it by himself. And while team owner Robert Kraft and coach Bill Belichick were the other two common denominators who were also there for the duration, this Patriots roster has been loaded far more often than not over the past two decades.

“Let’s pay homage to that group and concoct the best 53-man roster of the Brady era.”

One of Brady’s longtime teammates, and a teammate who Brady was a big supporter of, was offensive guard Logan Mankins. The 6-foot-5, 310 pound Mankins protected Brady for many years (2005-13) and is considered one of the best left guards in Patriot history.

He was listed on the 53-man roster of Brady’s greatest teammates.

“(Matt) Light is a Patriots Hall of Famer, and Mankins will almost certainly join him, considering Belichick called him the best offensive lineman he has ever coached. Mankins also proved to the world that the cure for a torn ACL is taping an aspirin to it. By the way, Mankins had the worst run of luck in franchise history as their first pick after the third Super Bowl and then getting traded in camp before their fourth Super Bowl run,” the article said.

Mankins, ironically, finished his career with the Tampa Bay Buccaneers, which it appears Brady will also do.

The Cathey’s Valley native retired in 2016.

Mankins is considered the greatest athlete to ever play at Mariposa County High School. After graduating high school, he played college football at Fresno State University and was eventually drafted by the Patriots.

A subscription is required, but to read the full article, visit theathletic.com/1653913/2020/03/18/the-all-tom-brady-era-team-our-53-man-roster-of-the-patriots-best