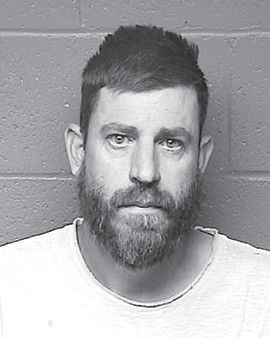 A Mariposa County man has been charged with child abuse with possible great bodily injury/death following an incident on May 11.

According to Mariposa County Sheriff Jeremy Briese, they began investigating when a report was made by a school concerning a 10-year-old girl. The report was given to the school resource officer, who is a sheriff’s office deputy.

Briese said the report indicates Clark and the girl’s mother were “having behavior issues” with the child. He said the mother handed Clark a belt with which he struck the child in the leg. Both Clark and the mother told the sheriff’s office “what they did not realize was that belt was a western style belt that had metal studs.”

Briese said officials believe that was the cause of the injuries.

The sheriff said once the report was completed, Clark was arrested and “the mother will be charged for her involvement, as well.”

He said officials did say there was a check of other children at the home and it “did not warrant any additional safety concerns.”

Local officials from Mariposa County Health and Human Services are also working with the family.

“There is a fine line between discipline and abuse which, from the investigation the deputy had to take in the totality of the circumstances and do what was right for the safety of all involved, said Briese.