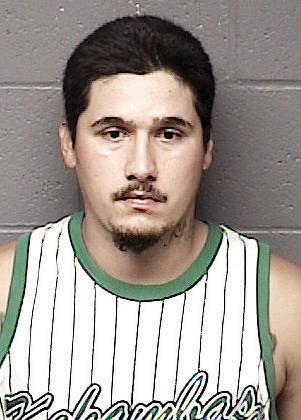 Little information has been released about an incident in which a local man is charged with sodomy and incest on a person under the age of 16.

According to the Mariposa County Sheriff’s Office, on Aug. 24, Nicholas Jacob Quiroz, 23, was arrested for sodomy on a person under 16 as well as sexual penetration with a foreign object. Both are felony charges.

Quinoz was arrested on a Ramey warrant, which is a warrant issued directly by a judge.

The sheriff’s office didn’t give the age of the victim but said Quiroz was arrested after a team of investigators interviewed the victim. It was after that interview the team requested the warrant from the judge.

According to the booking report, the arrest was made in the 3100 block of East Westfall Road.

The bail for Quiroz was set at $150,000 and, according to the sheriff’s office, he bailed out the following day.

The second charge listed is defined under California code as: Any person who commits an act of sexual penetration upon a child who is under 16 years of age, when the act is accomplished against the victim’s will by means of force, violence, duress, menace, or fear of immediate and unlawful bodily injury on the victim or another person, shall be punished by imprisonment in the state prison for 8, 10, or 12 years.