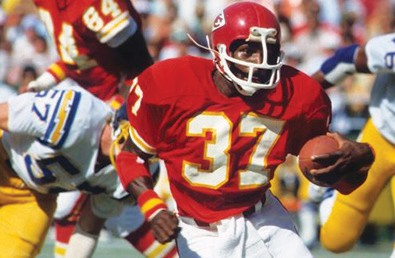 Joe Delaney was on his way to a stellar football career before sacrificing his life. Photo by Walter Iooss Jr./Sports Illustrated and Getty

I read a story a few days ago online that touched me to my core.

I had never heard this story, and I’m surprised I hadn’t.

With how much I follow the National Football League and its history, I was shocked, in fact, that I hadn’t ever heard it.

It was the story of Joe Delaney.

Delaney was a running back for the Kansas City Chiefs in the early 80s. He was on his way to a stellar career. In his two seasons with the Chiefs, Delaney set four franchise records that would stand for more than 20 years.

But in the summer of 1983, Delaney’s life would tragically come to an end.

Delaney was near a pond in northeastern Louisiana when he heard three boys struggling to stay above the water.

The area wasn’t meant for swimming, as it had been an old construction site that had filled with water and had a steep dropoff.

Without hesitating, Delaney sprinted toward the water in hopes of saving the boys.

There was a catch. 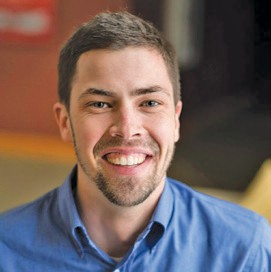 Delaney didn’t know how to swim.

But that didn’t stop the heroic football player, who was able to help one boy to safety before drowning with the other two boys.

June 29 was the anniversary of his death.

Reagan’s words were: “He made the ultimate sacrifice by placing the lives of three children above regard for his own safety. By the supreme example of courage and compassion, this brilliantly gifted young man left a spiritual legacy for his fellow Americans.”

When I heard the story, it amazed me. It made me think about whether I would do something like that, putting myself in harm’s way to help others.

Delaney’s story is amazing. He played for a small college, was undersized and somehow built a career for himself in the NFL.

Delaney bought uniforms and weights for young high school athletes. He paid electric bills for people who had limited funds. And even after making it to the NFL, he came to his hometown of Haughton, La., and mowed lawns for elderly people, took neighborhood kids to the barber for haircuts and bought groceries for those in need.

I’m not sure why Joe Delaney’s story isn’t more widely told, or why it hasn’t been made into a movie yet.

But hearing his story should inspire all people to care more about those around them.

When I heard about him, I had to pay tribute to him through this column.

Matt Johnson is assistant editor of the Mariposa Gazette and can be reached at matt@mariposagazette.com.

Yeager steps down from JV postSenior Showcase: Highlighting the talents of JC DaviesWhat if: pondering how different MCHS scenarios might have played out differently