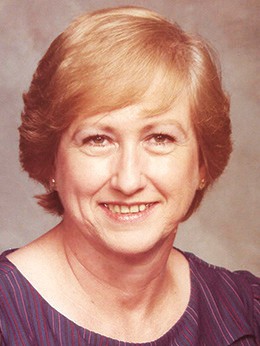 Linda Lucille Westfall passed away April 10, 2020, after a long illness.

She was born Aug. 25, 1940 in Indio, Calif., to Major E. and Bonnie Giles Toby. Linda grew up in Reedley, Calif., where she graduated high school and attended Kings River College.

Linda married Dale E. Westfall. They had three children while living in San Jose and Merced. In 1978 they built and moved into a house on the family ranch in Catheys Valley.

After their divorce in 1980, Linda took a position with Gottschalks in Merced. She enjoyed her work and her fellow associates become a second family. She retired after 24 years but remained close to those good friends. After retirement she volunteered in the gift shop at Mercy Hospital.

Linda was active in her children’s lives and community. She often served as a room mother, Boy Scout troop mother, Vacation Bible School teacher and was past president of the PTA. Linda served as president of the Children’s Home Society and The New Comers Club in Merced, also vice chair of the Catheys Valley Historical Society, Meals on Wheels and was a member of The Order of the Eastern Star, Yosemite Gateway #126. She was a longtime member of the Methodist Church, later in life enjoyed membership in the Catheys Valley Baptist Church.

Those are a few of the organizations to which she gave her time. She was a long-time member of the Methodist Church and later in life enjoyed membership in the Catheys Valley Baptist Church.

A memorial service will be held Saturday, June 12, at 11 a.m. at the Catheys Valley Baptist Church with a reception following.

Instead of flowers, she would have liked donations made to the Catheys Valley Historical Society cemetery beautification project.