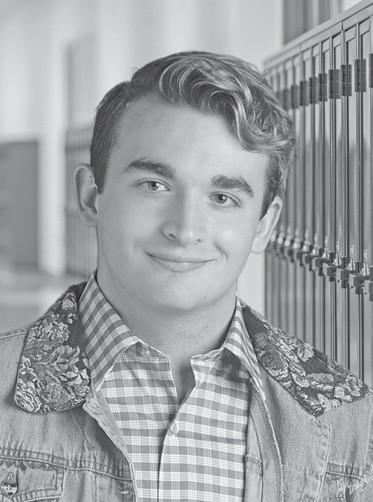 Learning a language, any language at that, is difficult and it’s especially so the older you get. This is why it’s imperative in other countries to learn foreign languages when the learners are young.

Thus, in countries across Europe, Africa, etc., you see a higher proportion of bilingualism/ polyglots. By the time we in America start learning languages in our late teens, a lot of that “ease” is lost. This just means that things like phonemes (groups of letters that make a sound) and accents are harder.

However, across all age groups, dedication, exposure and practice are what perpetuate the synaptic changes in the brain. Yes, when learning a language, your brain’s chemistry acts differently than if it were monolingual. This is caused by a certain duplicitous nature of language learning — essentially your brain uses your maternal tongue or another language to make sense of the new language. This is basically the use of two languages simultaneously, meaning the brain is working twice and hard to process any new material from said foreign language.

In my life, I’m a French Studies major at the University of San Francisco, so I spend a lot of time switching between both French and English. At this point I’d feel comfortable saying that I am conversationally bilingual — I can hold a conversation without searching for an immense amount of vocabulary.

Obviously this doesn’t mean that I’m perfect in any way. I still forget certain things, or I mis-gender a noun, or I use the wrong tense. Sometimes my accent doesn’t even sound that good or my vernacular leans too informal in formal situations. Personally I believe in simply being rather than being perfect. It’s the process or the experiential potential that I adore.

From this, I do feel comfortable giving both my experience and some words of wisdom on the subject.

Firstly, it’s important to find a language that you’re interested in. For me that was French, not Spanish. Not because of any linguistic superiority or anything; I just felt a certain inkling inside. If you’ve got no desire or jovial feeling about something, then you’re not doing something worthwhile.

Secondly, it is important to not compare your progress or assume a certain level of inferiority because you’re not where you wanted to be. Any progress is a positive gain towards fluency. It’s important to remember that everyone is different and learns differently (though the pedagogy had long said otherwise).

Thirdly, it is important to stay dedicated and/or motivated. Both come as a pair in language learning, but it’s not always easy to feel motivated or dedicated. Thus, even if you’re feeling blue or tired, it’s important to build that habit. Habitual learning is the best method for learning a foreign language as little spurts everyday build up more than massive amounts every week. It’s the repetition that builds vocabulary that you can pull from inside your brain. It’s also fun to incorporate language in habitual parts of your everyday life.

For me I listen to French music everyday, I read French works everyday on subjects I like, etc. I know some people put on French news everyday before work, some people switch their phones to be in French too. Whatever facilitates learning for you, works.

Finally, the most direct way to learn a language is through intensive immersion (which is the hardest to come by most of the time). This can take the form of running off and moving to a foreign country, eliminating English from your everyday life as much as possible, and learning the language through a necessity-like nature. There is no stagnation of learning via this method as you cannot afford to stop. I’ve not got any experience with this method, but I know many who have gone through something similar through foreign exchange programs.

I’ll leave you with one sentiment, a bit grandiose as it is, that I think sums up exactly what I wanted to say here. Learning a language is as good as you make it for yourself.

If you treat it as a throwaway, then there is no reason to start at all. Trying to make the best of it will always be the best solution when it comes to it, in my opinion at least.

And if it doesn’t work out, find something else to direct your energy toward to make a positive change in your life. Failure isn’t failing, it’s the most vital tool to be successful.

Price Little was a valedictorian in the Mariposa County High School Class of 2020 and is attending the University of San Francisco — virtually — majoring in foreign language. He can be reached at priceplittle@gmail.com.

Miracle moleculesThe death of Collins brings much into perspectivePreparing for the worst, but …