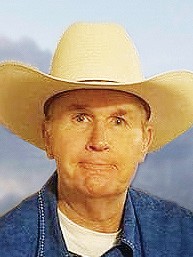 Vern was born Dec. 10, 1951, in Merced, Calif., to Alfred Augustus Hauhuth and Norma Frances Ashworth Hauhuth. He grew up and attended schools in California and graduated from Mariposa County High School. During his younger years, he loved playing high school football. He went on to work at Yosemite National Park for several years.

On July 23, 1983, he married Suzan Angela Elkins in Atwater, Calif. Together, they had one daughter, Amy. Vern and Suzan made their home in Atwater, where Vern worked for Foster Farms for 35 years. Vern was a member of The Church of Jesus Christ of Latter-day Saints, and he was known for being a devoted home teacher. He didn’t miss a single visit for over 30 years. In his spare time, he loved music and playing the drums. In 2015, after retiring from Foster Farms, he moved to Idaho Falls to be closer to his little buddy, Joshua, and his daughter.

He was preceded in death by his parents; sister, Deborah Hulbert; sister-in-law, Sherrie Elkins; and step-father, Don McMenomy.

An additional funeral service will be held in California at a later date.

The family would like to extend a special thank you to Gem State Dialysis, Brio Home Health and Hospice, EIRMC Wound Care/Hyperbarics Teams, and his amazing doctors for all their support.

Condolences may be sent to the family online at www.woodfuneralhome.com.