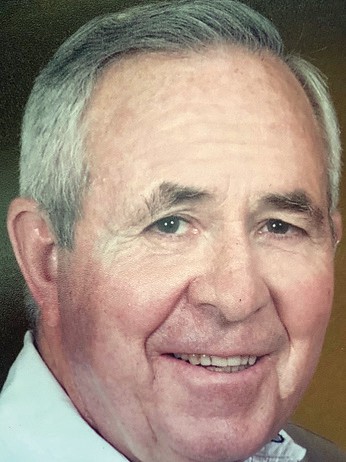 Kenneth George Nye passed away on Saturday, Aug. 10 at the age of 85.

He died of delirium induced by post-traumatic stress disorder and late-onset blindness. His wife, Sherry Nye, daughter, Brooke Dobson, and friend, Sandy Christian, were with him as he passed.

Ken was born on March 3, 1934, in Murray County, Okla. He and his six siblings grew up in a two-room house with his parents, Lela and George Nye, on a small dairy farm in Sulphur, Okla. They lived simply, and he often talked with fondness of his childhood experiences and memories.

He enlisted in the United States Army during the Korean War and remembered playing ball one day in a field and then being dropped in the middle of a war zone the next. He was a sharpshooter because of years of hunting squirrels from the time he was a boy. He was a demolition specialist and experienced hand-to-hand combat where he had to fight for his life, incidents that haunted him the rest of his life.

Ken earned a basic education from a one-room schoolhouse, yet he continued to teach himself throughout his life. He earned a pilot’s license and loved to read non-fiction. When he decided to take on a new hobby, he would research how to do it and figure it out himself. This varied from constructing a hydroponics garden to building his own experimental airplane. He enjoyed flying his plane and often took his dog, Bruiser, with him on his jaunts in the sky.

He met his wife, Sherry, in 1977 in Ojai, Calif. He was the head meat cutter at a Safeway managed by Dieter Dubberke, and Sherry was a checker. They moved to Mariposa in 1978, when Dieter asked them to join him in a business endeavor to open a grocery store. While Pioneer Market was being built, they ran the meat department in the 49er Market. In addition to owning the Pioneer Meat Department until 2005, Ken and Sherry also owned Circle Three Travel Agency and The Old Sawmill Restaurant.

Once he retired, Ken and Sherry enjoyed traveling around the United States in their motorhome with their two dogs. Over the years, they had many adventures and visited all 50 states. He never had a desire to visit other countries because he loved this nation so much and wanted to discover everything he could about it.

His life will be celebrated privately by his family.