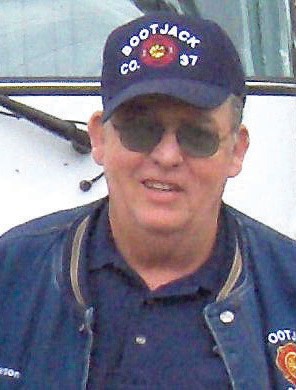 It is with extreme sadness and heartbreak to notify you of the passing of our precious husband and father, Richard Keith Pearson. Keith was our rock.

Keith and his wife, Ruby Varain, met in the early 60s. His family purchased lumber from his father-in-law, Allen Varain. They dated through high school and were married Aug. 24, 1965. He used to joke about being married six times as they would renew their vows every 10 years. They were married 55-½ years and had a beautiful, loving and special life together.

Keith was a “jack of all trades” working for the U.S. Forrest Service at Jerseydale, WM Lyles Construction, Park and Curry Company, helped build the El Portal sewer plant and was self-employed in construction.

He adored his family and was always so proud of them. He loved the outdoors, hunting, fishing and camping with his family. The family did everything together.

Keith and Ruby recently learned that they are going to be great-grandparents and he was excited to be sharing his love with yet another precious child.

Besides raising and supporting his family, Keith was an icon at the Bootjack Volunteer Fire Station. He was actively involved from the beginning, with others, raising funds, building the station from the ground up, designing and building endless projects to “make things better” and more efficient. He was always actively involved in serving his community fighting fires, responding to calls for assistance or any activities to make it better. He also enjoyed training the new recruits “the right way”.

Working side by side with his wife, Ruby, he devoted 42 years assisting the community by being an active volunteer firefighter and lieutenant with the fire department. Together they spent many hours on strike team assignments assisting CAL FIRE during fire season where they were blessed to meet and develop special and lasting friendships. Keith was devoted to his family and community and unselfishly gave of himself to assist anyone at any time.

He was preceded in death by his son, Richard Pearson Jr.; parents, Ivan and Florence Pearson; Ruby’s parents, Allen and Ruby Varain; and his brothers, Larry and Thomas Pearson.

Keith’s loss has left a huge void in our family and community and he is greatly missed by all who love him.

All are welcome. Social distancing is your choice.