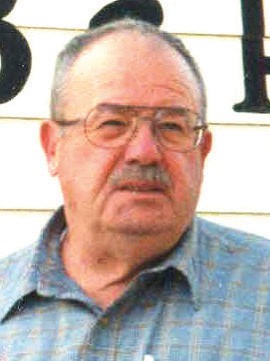 Joseph Winkler was born in Los Angeles in 1938 and educated at the University of California, first at the campus in Riverside, where in 1959 he received the B.A. degree with honors in the Greek and Latin classics, and where he was twice nominated for Athlete of the Year, having earned letters in football and tennis, and having held first position on the tennis team for two of his four years; and then later at UCLA, where the M.A. in Greek and Latin was conferred in 1965.

He served honorably in the U.S. Army in Europe, and for 26 months as a reserve officer in the U.S. Foreign Service in Vietnam, with rank equivalent to that of Army captain. For half of those months he was deputy commander of an Army advisory team in the integrated military-civilian assistance command. The U.S. Army’s 173d Airborne Brigade controlled this area in the fiercely contested Central Highlands, and Mr. Winkler’s authority received an additional cachet of respect from the fact that he himself had made seven parachute jumps. 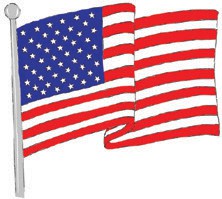 Mr. Winkler observed the South Vietnamese officers, our supposed allies, many of them trained in the U.S., lying around, languishing, hiding, stealing, tyrannizing their own people, shirking their duty and gloating as the American soldiers bled and died for them. Within this context, Mr. Winkler made aggressive efforts to protect American lives and resources from the perfidious Vietnamese, who laughed as they made fools of those trying to help them.

Such efforts did not go unnoticed. One of his military superiors described him as “… capable of advancement to the highest rank,” while a senior officer of the CIA wrote, “Joe Winkler did a fine job in as tough a district as there is in Vietnam.” These accolades marked a high point in his life.

In 1978, Mr. Winkler came to Mariposa, where he immediately met Dieter Dubberke, also a newcomer. For the next 29 years, from small beginnings, he was employed in the various businesses of Dubberke, retiring in 2007 as administrative officer of Dieter Dubberke, Inc., an organization which, through dint of hard work, perseverance and prescient optimism, its namesake had built into a vibrant economic and philanthropic force, the resources of which, as Mariposa knows, have consistently been available and devoted to the interests and betterment of the community, with special emphasis on assisting the young people through athletic and academic programs.

Mr. Winkler liked to say that, although he had met generals, and at least one ambassador, never had he seen one as capable as Dieter, who was at his best when all was going wrong. Part of this success could be attributed to Mr. Winkler’s efforts and loyalty, Mr. Winkler himself blushed with pride. As a final act on behalf of the Dubberke family and the organization, he assisted in preparing and publishing the autobiography of its patriarch, “Three Times Blessed,” on which Mr. Winkler’s name appears as collaborator.

Mr. Winkler lived modestly and frugally. He seldom asked for favors. Although never a professional academic, he maintained a deep interest in classical studies all his life, a pursuit which some once called “the queen of all academic disciplines.” He loved to write and to put his thoughts into a neat period. Among his faults was neither gossiping nor ultracrepidarianism. His loyalty to those whom he respected was assured, as was his silence when required.