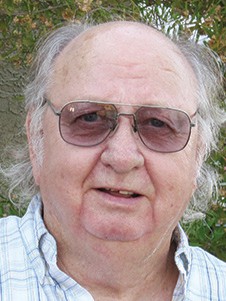 he and partner Dorothy Combes (Dee-Dee) spent the last 15 years of their 40 years together.

He was preceded in death by a sister, Wanda Lee Rivera, brother, Douglas Henkle, and other family members. He leaves behind many beloved nieces, nephews and friends.

Randy served in the U.S. Army, 1st Division, 1st BG 28th Infantry. One of the highlights of his service was standing by the Berlin Wall in 1963 while John F. Kennedy gave his famous, “I am a Berliner” speech.

In 1961 Randy’s first marriage to Phyllis Arloene Hartman produced a son, Bradly Allen Henkle, who now resides in Canon City, Colo. The Henkle family spent many happy hours at the Merced Speedway. His brother Doug was the driver of Dallas’ car. Randall was a very good mechanic.

Randall was a talented welder and fabricator and in later years enjoyed aluminum welding. He and his second wife, Adola Webb, owned and operated a wrecking yard in Atwater. Randy built what was then a state-of-the-art auto smasher. Many people came to see his creation. During his lifetime his occupations were many and varied. Among them, he had a mobile mechanic service, installed satellite systems in businesses and hospitals and did small engine repairs from his Mariposa home. 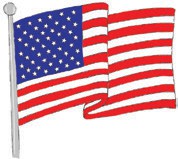 John Randall “Randy” Henkle was born March 4, 1941, in Iola, Kan. His parents were Minerva Henkle Sickler and John Wesley Henkle. He passed away on March 15, 2021, at his Mariposa home where

He and Dee-Dee met at Denny’s after a square dance workshop. The next day he rented an airplane and flew her from Merced, where they both lived, to Mariposa. Dee-Dee recalls her amazement at coming home from her nursing job and finding a stack of metal in the driveway and its transformation. This metal became a trailer for Randy’s Merced Kiwanis club to haul their grills for pancake breakfast fundraisers. Then to assist in taking them into the high school, he constructed a forklift that folded down and stored beneath the grills. No plans were ever on paper — just in his head. He also served as president of that club.

For many years Randy was involved in raptor rescue and rehabilitation. He designed and built special barn owl boxes that met all their needs. A favorite pastime was watching them working their wings and learning to fly. Using his electronic skills, he installed a video camera in one owl box. People were thrilled to watch the owls develop in their box, on the TV screen. A picture of him and Lydia Miller releasing an eagle was in the Merced Sun-Star.

In 2004 he was featured in the Merced Sun-Star in a cap and gown when he received his GED from Merced College at the age of 63. He deserved that proud moment. Released from his ailing body, Randall is at peace now. A family memorial will be planned for a future time.