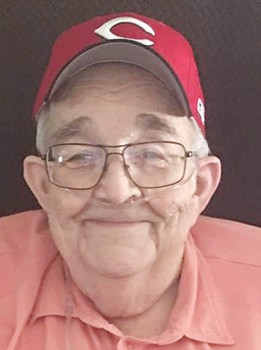 MCPO Phipps was a decorated Vietnam War veteran. At the end of the war, John found himself serving as an operations specialist (range/ flight control) aboard the aircraft carrier USS Midway. In that capacity, during the evacuation of Saigon, operating under the call sign “Horizontal John,” then Senior Chief Phipps guided aboard to safety many civilian airplanes, including the last civilian aircraft to leave Saigon.

John narrowly escaped death during the deadly Oct. 26, 1966 fire aboard the aircraft carrier USS Oriskany. During his military career, John held many positions of great responsibility. While in the Navy, John served aboard the USS Truckee, a tanker, the USS Vigil, a radar picket ship, and the three aircraft carriers: the USS Oriskany, the USS Midway and the USS Coral Sea. Amongst other assignments, John pulled two three-year tours of shore duty at the Pacific Missile Test Center in Pt. Mugu, Calif.

John graduated from Dawson-Bryant High School in Coal Grove, Ohio, in 1959 and earned an associate’s degree from Palomar College in Palomar, Calif., in 1974. Despite his worldwide travels in the Navy and beyond, John was a lifelong fan of the Cincinnati Reds and The Ohio State Buckeyes.

In retirement, John served his church and community in a variety of roles. John and his beloved wife of 58 years, Nell Brubaker Phipps, of South Point, Ohio, lived and worked in Mariposa and Atwater, Calif., for better part of 30 years. During his years in Mariposa, John led the local congregation of The Church of Jesus Christ of Latter-day Saints.

Like his parents before him, John was a committed patriot and a disciple of Jesus Christ. John lived by faith in Him, with hope in the resurrection and with charity towards all. John instilled these values in his children.

John was preceded in death by his father and mother and by his brother-in-law, Jack Collins, all of Coal Grove, Ohio.

John is survived by his siblings, Jim (Eva), Doris Collins and Bob ( Janie); and by his wife, Nell, together with their children, J. Matthew (Mary), Karen Harris (Mark), Jim (Lori), Bruce (Lisa), Doug (Amy), and Erin Smelcer (Anthony); 22 grandchildren; and 13 great grandchildren and counting. Many others think of John as a surrogate father, as mentoring was in his nature.

An open-air service in John’s memory was held on Saturday, Aug. 15, 2020 at the Garden Villas Pavilon in Provo, Utah.