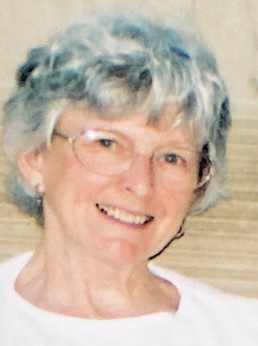 Jo Olmstead, a resident of Morgan Hill, Calif., died peacefully of natural causes on Thursday, April 23, 2020. She was 85 years old.

Jo was born in Castle Douglas, Scotland on May 8, 1934. Jo learned to speak fluent French in school and, as a young woman in the early 1950s, began working for NATO in Paris. That was where she met her first husband, Jim Noble, who was in the U.S. Navy and working in the same building. They married in her hometown and moved to California, eventually settling in the Almaden Valley area of San Jose, where they raised their four children.

Jo became a naturalized citizen in 1968. As her children grew up, she began working outside the home, including time spent at International Paper and Siliconix. She met her second husband, Ron Olmstead, in 1985. They married and lived for 10 years in Los Osos, Calif.

They also lived in Hollister and San Juan Bautista before relocating to the Yosemite area, residing for five years in Mariposa, where she and Ron were very active with the Sierra Senior Hikers.

Jo also very much enjoyed her time spent in a local spinning group, she was a highly accomplished knitter and donated countless hats over many years to both the cancer and premie wards at Stanford Hospital. She was a lifelong avid gardener, instilling her amazing green thumb in several of her children. Jo also enjoyed classical music and genealogy; she and Ron did extensive research on their respective families, returning to her hometown in the 1990s to collect more information from various sources.

Jo loved her family and friends. She was very kind and generous and had a great sense of humor, making instant connections with people from all walks of life. She is survived by her four children, Jennifer, Alison (Noble), Andy and Kirsty (Lebovitz), seven grandchildren and five great-grandchildren.

Jo is deeply missed every day, but the garden is where we find her now.